“Prominent non-Muslim political figures have embarrassed themselves by denying the self-evident connection of Islam to the Islamic State (ISIS) and to Islamist violence in Paris and Copenhagen,” danielpipes.org opines, “even claiming these are contrary to Islam. What do they hope to achieve through these falsehoods and what is their significance?” It’s well worth clicking over to Mr. Pipes’ polemic; it lists all the mealy-mouthed misegos perpetuated by pandering pols post-Paris. Including, of course, President Obama, Secretary of State Kerry, U.S. Secretary of Homeland Security Johnson and former Democratic Party Chairman Dean’s statements. Which read as follows . . .

President Barack Obama tells the world that ISIS “is not Islamic” because its “actions represent no faith, least of all the Muslim faith.” He holds “we are not at war with Islam [but] with people who have perverted Islam.”

Secretary of State John Kerry echoes him: ISIS consists of “coldblooded killers masquerading as a religious movement” who promote a “hateful ideology has nothing do with Islam.” His spokesperson, Jen Psaki, goes further: the terrorists “are enemies of Islam.”

Jeh Johnson, the U.S. secretary of Homeland Security, assents: “ISIL is [not] Islamic.” My favorite: Howard Dean, the former Democrat governor of Vermont, says of the Charlie Hebdo attackers, “They’re about as Muslim as I am.”

First, they want not to offend Muslims, who they fear are more prone to violence if they perceive non-Muslims pursuing a “war on Islam.” Second, they worry that focusing on Muslims means fundamental changes to the secular order, while denying an Islamic element permits avoid troubling issues.

Translation: our politicians are cowards, pursuing a policy of appeasement.

As the son of a Jewish holocaust survivor, I feel especially aggrieved by my country’s rhetoric – and frightened. Resolute, mind you, armed certainly, but scared. Any society that deludes itself into thinking it can live side-by-side with people who wish to see its destruction is engaging in the most dangerous form of denial. How may bodies, how many decapitations and shootings and bombs do we need to see before we realize that Islamic fundamentalism is an existential threat?

Consider this wake-up call from the ironically anti-gun rights nypost.com:

Terrorism is a beast with an extraordinary ability to mutate. As soon as its victims have learned to cope with its methods, it develops new ones. Groups of anarchists throwing bombs follow the lone assassin who targets a king or a political leader. The hijacking of passenger jets is replaced by the transformation of aircraft into missiles against fixed buildings. All the time, the intention is to terrorize the largest number of people, eroding the ordinary man’s confidence in the ability of the authorities to protect him, and, in the long run, persuading a majority of the people, who just want to live their lives, to trade their freedom for the security that the terrorist promises in his utopia.

I have little time for the “good Muslim/bad Muslim” arguments. Were there “good Germans” and “bad Germans” during World War II? Maybe so. But that didn’t stop Americans from taking direct, decisive and comprehensive action against the political and military structures seeking to destroy so-called Western values.

In the same way, we must not be afraid to oppose any Muslim or Muslim organization or Muslim state that rejects – and seeks to eliminate – the principles upon which this country was founded. The core principle being individual liberty. To paraphrase President Bush the younger’s pronouncement after the 9/11 attacks, either you’re for individual liberty or against it. Those who are against it are against us: Americans who embrace the concept of the sovereign citizen; and arm ourselves to defend it against all enemies, both foreign and domestic. 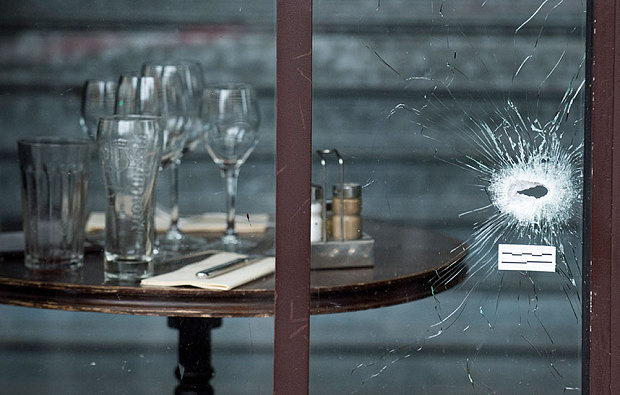 That is the “troubling issue” of which Mr. Pipes speaks. Where do you draw the line? People who kill innocent life in the name of Islam are, for anyone with half a brain, beyond the pale. They must be identified. They must face the full force of the law and, when necessary, destroyed. But what of gun control advocates, who are also against individual liberty? They don’t understand, acknowledge or accept the concept of a sovereign citizen. Are they the enemy, as well?

Yes. Yes they are. But there are enemies and there are enemies. Gun control advocates must be discredited and disabled within the confines of the Constitution, which protects freedom of speech from government infringement. Those who would take up arms against us to destroy our natural, civil and Constitutionally protected rights, whether they are Islamic fundamentalists or members of our own government, require a different and far more robust response.

As I type, the Turkish and American press is skewering President Obama for his less than adequate response to ISIS and its adherents. Clearly, he is not the leader we need to defend our country from its internal and external enemies. So, as we head for the next presidential election, I urge Americans to consider one key question: who has the moral rectitude and personal fortitude to do what needs to be done to degrade and destroy Islamic fundamentalism?

At the same time, I urge Americans to arm-up to protect themselves, their loved ones and other innocent life from those who would gladly see us die to promote a cause that will not, can not, respect our life or liberty.