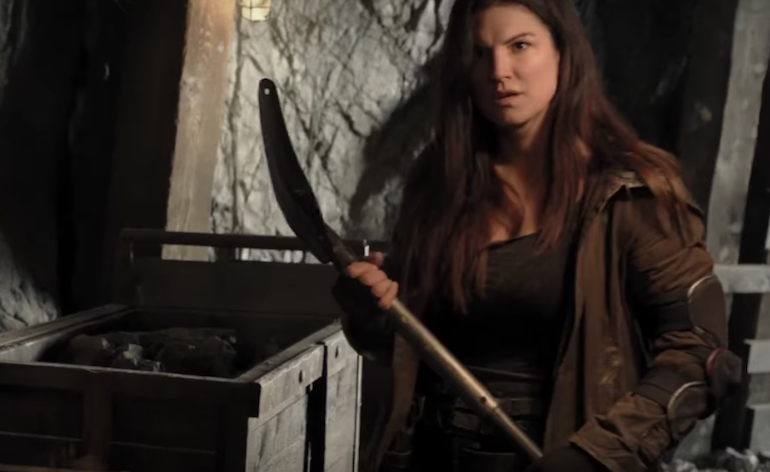 I’m not a huge fan of MMA fighter turned action hero Gina Carano. Please don’t tell her that, m’Kay? But her post-Superman boyfriend movie Scorched Earth looks well worth a look, what with its Western feel and all. OK sure . . .

I haven’t seen those stupid goggles in an action movie since the Mad Max met the Gyro Captain in The Road Warrior. And then there’s my pet peeve: every gun heavy movie ends with a hand-to-hand (or knife to hand) battle between the good guy and the bad guy.

If only Ms. Carcano had gotten a cold before the final scene, like Harrison Ford did with this one:

Question: why the hand-to-hand climax in just about every action movie? So to speak . . .