Billionaire Michael Bloomberg is stumping on the presidential campaign trail telling Americans they can’t be trusted to exercise their right to own a gun.

Not for self-protection. Not for recreational shooting or hunting. Not even because it’s a God-given right enshrined in the Bill of Rights.

He says this, of course, surrounded by an armed security team. They’re not armed with lollipops and wishful thoughts. They’re carrying the cold steel that the guy who writes the checks for Moms Demand Action and Everytown says Americans can’t be trusted to own.

No Guns for You

It sounds disturbing enough. It’s even more disturbing that Bloomberg made this announcement after hearing the news of Jack Wilson, a concealed carry permit holder and member of the West Freeway Church of Christ in White Settlement, Texas. Wilson responded immediately to the threat of a murderer in his church and neutralized the threat just six seconds after it began. His swift reaction in just six seconds saved countless lives among the 242 worshipers in attending services that morning when the police standard to response is six minutes.

“It’s the job of law enforcement to have guns and to decide when to shoot,” Bloomberg explained at a campaign stop in Montgomery, Ala. “You just do not want the average citizen carrying a gun in a crowded place.”

That’s telling for the guy who wants to take the oath of office to uphold and defend the Constitution. Maybe his oath will include exception clauses that will negate the Second Amendment, or the 2008 Heller decision that affirmed the Second Amendment is an individual “right of the People,” not the police.

Bloomberg’s dismissal of fundamental rights goes beyond ignorance, but willfully dismisses the legal actions taken by at least six other parishioners who also drew their concealed firearms yet chose not to fire.

Bloomberg’s fact-burying might be because it’s exactly what undermines his gun-grabbing argument. Here is a case of armed and trained citizens who were in a crowded place and didn’t fire their firearms.

It should be noted the difference in how Wilson and Bloomberg see themselves. Wilson has been telling media he simply “killed evil” and he’s not a hero. Bloomberg, on the other hand, has publicly professed he’s earned a spot in heaven because he’s paid so much into gun control.

“I am telling you if there is a God, when I get to heaven I’m not stopping to be interviewed,” Bloomberg said in 2014. “I am heading straight in. I have earned my place in heaven. It’s not even close.” Bloomberg wasn’t alone in his criticism of armed self-protection and Americans embracing their Second Amendment rights. U.S. Sen. Elizabeth Warren (D-Mass.) flatly said she wouldn’t support concealed carry reciprocity even after being confronted with the fact it saved Texan lives. 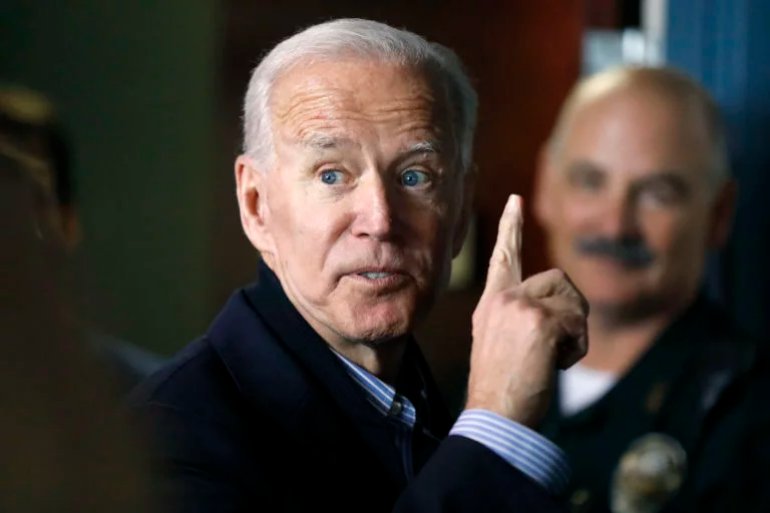 “He was dead wrong,” Cleckner explained. “If he has his way, there would be a lot more people dead in that church.”

“Let’s be very clear to the American people that Joe Biden is dangerous,” Patrick said. “He’s not just an idiotic person who says impossible, absurd things, and he’s not just naive, but he’s dangerous. Americans will have to understand, whether you believe in owning a gun or not owning a gun, that the Democrats are dangerous.”

Unfortunately, Bloomberg, Biden and the rest of the Democratic gun control contenders are proving he’s not the only one.