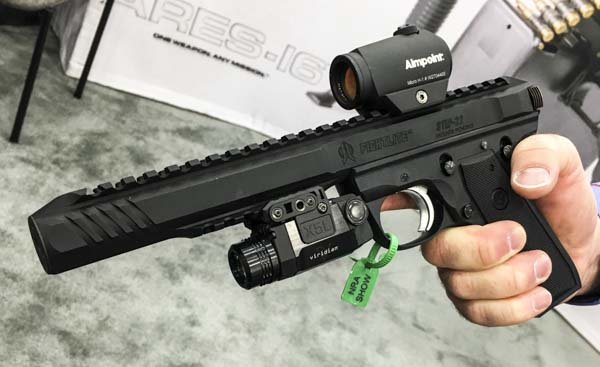 FightLite Industries is a marque of ARES Defense. They just recently announced their new STEP-22 line of receivers for Ruger’s .22LR pistol line. Their STEP-22K (photo below) and STEP-22KT models are standard replacements for Rugers’s Mk I, II and III and 22/45. In fact Ares honcho Geoffrey Herring tells me, their receiver makes the gun lighter than Ruger’s own 22/45 Lite. But their new star — which is due to start shipping July 1 — is the integrally suppressed STEP-22 receiver (above). The suppressed upper will MSRP at $699. The STEP-22K MSRP’s at $369 and STEP-22KT (threaded) is $10 more. We’ll be getting a suppressed version to review, so watch this space . . . 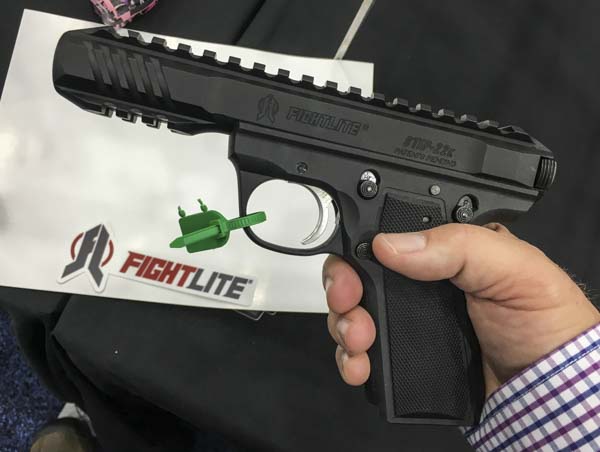