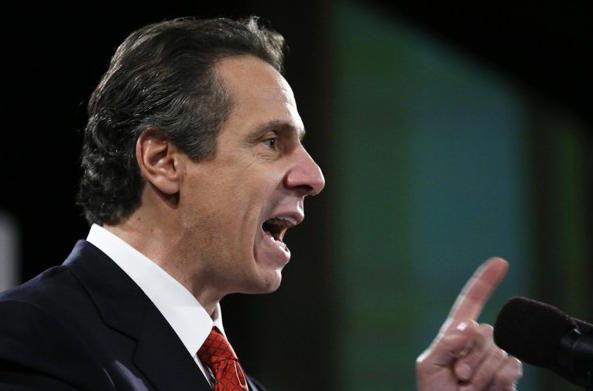 In the post-Newtown rush towards civilian disarmament, Democratic politicians are scrambling to position themselves as gun control champions. Forgetting the fact that voters spanked them in the post-Assault Weapons Ban mid-term elections of 1994. But good. “For the first time in more than a decade, Democratic presidential aspirants see a political advantage in championing far-reaching restrictions on guns,” washingtonpost.com reports. New York Governor Cumo, Colorado Governor Hickenlooper, Maryland Governor O’Malley and Vice President Joe Biden—all of the four leading contenders to replace Barack Obama are staking their political future on gun control. About that . . .

Reuters—republished by The New York Times—raises the warning flag re: the current President’s plans to ram gun control legislation through Congress and impose firearms-related Executive Orders:

By signaling on Monday that he will ask Congress to ban military-style assault weapons, Obama is embarking on a high-risk strategy that is likely to further inflame tensions with Republicans at a time when feelings already are raw because of a series of running budget battles . . .

The Democratic president essentially is betting that any blowback from an assault-weapons plan would not doom other proposals that some Republicans may find more palatable.

At the very least, Obama’s plan could make life more difficult for gun-friendly Democrats who are less enthusiastic about an assault-weapons ban.

The “gun control may be toxic” meme is picking up steam. CBS is running with it, giving prominence to Senate Majority Leader [and NRA A-rated pol] Harry Reid’s comment about the possibility of an Assault Weapons Ban:

The WaPo is so nervous about the possibility of gun control blowback that columnist Greg Sargant felt obliged to craft a go-team-go piece entitled Why gun politics are no longer dangerous for Democrats:

It’s unclear why Dems need to worry about the politics of the ban, however. That’s because new polling shows that opposition to the assault weapons ban is driven almost entirely by non-college males, a constituency the Democratic Party continues to rely upon less and less. Meanwhile, the constituencies that form the pillars of the emerging Democratic coalition — minorities, young Americans and college educated whites, particularly women — support the ban, in come cases [sic] overwhelmingly.

There’s no question that voters who cherish their Constitutionally protected right to keep and bear arms will punish these anti-gun politicians come the mid-terms. And beyond. Call them “those who fail to learn from history.”

Or maybe “the irony-free folks.” To wit, this quote from the national coordinator of the fringe group Faiths United to Prevent Gun Violence.

“People’s feelings are so raw on this and they’re going to stay raw for a long time,” DeMarco said.

Ain’t that the truth.