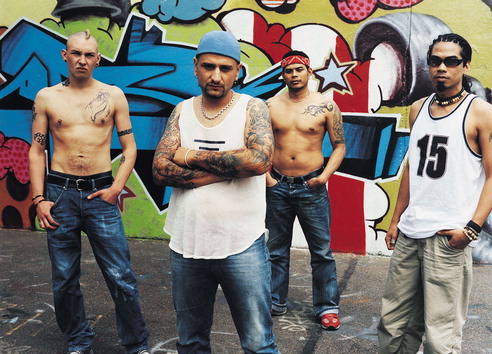 In the main, TTAG’s Armed Intelligentsia can’t stand MikeB302000. The pro-gun control blogger’s comments never fail to raise readers’ collective hackles and bring my FLAME DELETED stamp to the fore. But I’m glad the American expatriate frequents this blog. However infrequently, Mikebunchofnumbers (as he’s not-so-affectionately called) provides genuine insight into how opponents of firearms freedom think. So deep breath everyone. You’re not going to change MikeB’s mind any more than you’ll get him to date Michal Idan (who looks a little chilly to me). Just pause for a moment and consider what MikeB302000 has to say underneath The Gun Free Zones: It’s Time to Stop the Madness. Because he’s saying what millions of Americans are thinking but not saying . . .

What you don’t get, or pretend not to, is we’re not worried about the criminals, we’re worried about you lawful gun owners. Most of the mass shootings have been done by guys just like you, people who owned their guns legally and had never been convicted of a felony. Add to that the domestic abuse and suicides and basically everything that’s not gang and drug related, and you can see the problem – too many guns in the hands of unfit gun owners. Unless we raise the bar on who can qualify for gun ownership, it’ll just keep getting worse. The more guns there are the more trouble we have.

Good point, and one we’ve made before. Americans don’t really care about criminals—armed or otherwise—because our crime rate is so low. Especially for people who don’t live in gang-infested areas. For them, violent crime is practically non-existent.

Not to put too fine a point on it, “gun crime” is not about them. That kind of “gun violence” is “out there.” Somewhere. Away. Put some more cops on the problem. What else can we do? And again, really, who cares?

Now when someone shoots up an elementary school, murdering 20 children at point blank range, in a suburban (white?) setting, SOMETHING MUST BE DONE!

These aren’t criminals! They’re madmen! They clear background checks! What can you do about it besides banning assault weapons? And even if that doesn’t do anything, let’s do it anyway and hope for the best! SOMETHING MUST BE DONE!

What’s that you say about the Second Amendment and defense against tyranny? What’s tyranny? Kids are being slaughtered! SOMETHING MUST BE DONE.

That, dear reader, is what we’re up against. As MikeB302000 so eloquently illustrates.