Devin Patrick Kelley murdered 27 and wounded at least another 20 in his attack on the First Baptist Church of Sutherland Springs yesterday. He started shooting from outside the church, then moved inside to continue the mass murder. But as numerous media reports and the so-far official account provided yesterday make clear, a neighbor got his own gun and challenged Kelley as he exited the building.

Stephen Willeford, who lives near the Texas church targeted yesterday, grabbed his own rifle and rushed to confront Devin Kelley after his daughter told him an attack was underway.

As the 55-year-old arrived outside the church he came face-to-face with Kelley. 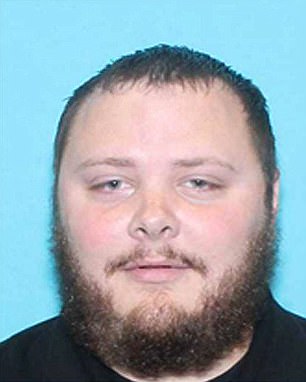 At which point Willeford — a lawful firearm owner, exactly the type of good guy with a gun that Wayne LaPierre referred to after Newtown — pulled the trigger.

Willeford, a local plumber with no military experience, is however an excellent shot according to the resident, and when he came face to face with Kelley, he shot in between his body armor, hitting him in his side.

The 26-year-old dropped his Ruger assault rifle and climbed in an SUV to flee the scene.

As an aside, it’s probably worth noting that in virtually every previous case of a shooter reportedly wearing “body armor” (think James Holmes in Aurora) subsequent reports made it clear that it wasn’t in fact, body armor. It was load-bearing equipment. We’ll see if that holds true in this case. But back to our story . . .

As is usually the case, Willeford, an average citizen, was the first responder.

No one knows what else Kelley many have planned to do after he left the church. Or how many more people he might have killed. Thanks to Willeford and another local, Johnnie Langendorff, we never will. You can be sure, however, that Kelley wasn’t planning to melt quietly back into the local terrain.

After the wounded Kelley took off in his SUV, Willeford and Langendorff followed him at high speed while talking to a 911 operator.

Mr Langendorff said the gunman eventually lost control of his vehicle and crashed. He said the other civilian walked up to the vehicle with his gun drawn and the suspect did not move. He stood guard over the gunman until police arrived 5 to 7 minutes later. According to Wilson County Sheriff Joe Tackitt, Kelley killed himself after running off the road.

The action of an ordinary armed American will likely get precious little play in the mainstream media in the days and weeks ahead, as all the usual suspects jump on their well-worn soap boxes to proclaim that the Sutherland Springs massacre demonstrates the need for more gun violence prevention efforts.

Never mind that Kelley was a prohibited person who couldn’t legally own the firearm he used to commit mass murder.