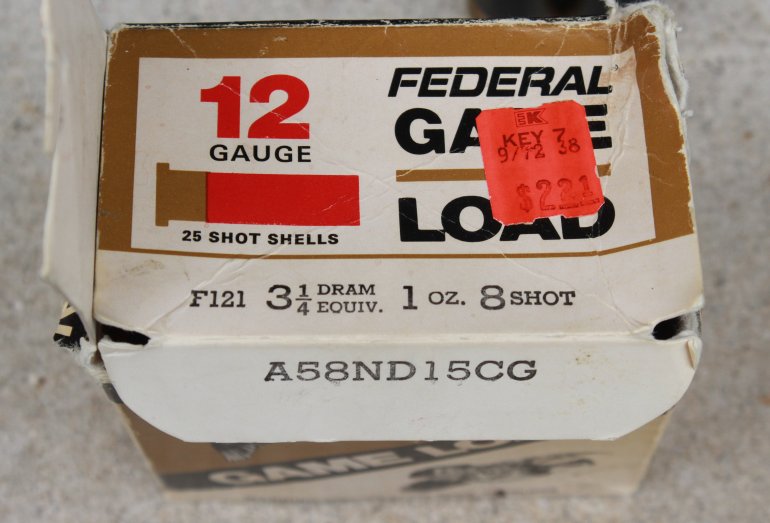 As a longtime firearms instructor and head of a gun rights group, people ask me all sorts of questions. All questions have merit, especially for people who are new to guns. Among these questions, folks will ask about the safety of shooting old ammunition. I tell them that in general, old factory-loaded ammunition should be perfectly safe to shoot. The ammo gods showered me with old ammo recently. A old friend and fellow instructor cleaned out his garage and found several hundred rounds of old .22 Blazer ammo. Yeah, it looks a little rough. At the same time, I’ve shot plenty of old .22s and they usually function pretty well. I wouldn’t use them for a match or competition, but for plinking or skills-building? You bet. 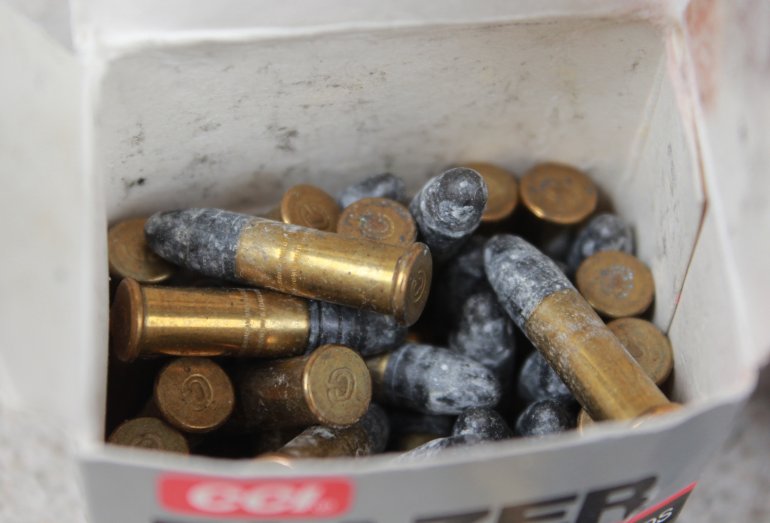 Another friend came upon a massive collection of old shotgun shells at a sale. It was more than he could use so he shared the wealth. In fact, he shared boxes and boxes of shotshells, about a hundred pounds worth. I cheerfully accepted the windfall, as I know old shotgun ammunition also does well, regardless of age.  Unless shotgun shells are kept at the bottom of Lake Michigan after an unfortunate boating accident, shotgun ammo tends to forgive owners who store them in less-than-ideal conditions.

If you have old shotgun shells that don’t fire reliably, consider giving them to a reloader to recycle the components. Or sell them to someone you don’t like. Lots of police departments will take unwanted ammunition for disposal, too.

While most experienced shooters will merrily dispose of (that’s spelled s-h-o-o-t) your “old” factory-loaded ammo, I avoid other people’s reloads. You probably should too, unless you know the person who made them and trust them with your health, well-being and fingers.

Shooting someone else’s reloads carries an increased risk of problems. People with attention deficit disorder sometimes don’t make good reloaders. I’ve “inherited” reloads on a number of occasions in my life.  Today, I pass them on to other reloaders to recycle the components. Those folks will usually discard the powder (it makes great garden fertilizer) and sometimes the primers, and then reload the cases with fresh, known powder and the original bullet.

Why don’t I like reloads?  In short, squibs. Squibs happen when the person or machine fabricating the cartridge failed to include a powder charge in the round. The primer will push the bullet into the barrel, where it will remain remain. If the squib goes undetected and a shooter then fires the next round into a now-obstructed barrel, bad things will happen. It can result in serious injury to both the gun and shooter.

I have shot over 200,000 rounds in my life and the only squibs I’ve experienced came while shooting the home-rolled stuff. Specifically, they all came from old folks who should have stopped reloading long before they finally did.

In the last instance, the man failed to charge every third or fourth round with powder. I used a handful of them to make a malfunction video to show our students exactly what a squib load looks, feels and sounds like. And then I discarded the rest.

Unfortunately, squibs can wreck your barrel and potentially your firearm as well. Barrel obstructions almost always destroy shotgun barrels, sometimes causing injuries, too. A barrel obstruction in a high-powered rifle can cause a sudden and catastrophic disassembly of the receiver and chamber and damage to all things nearby – including the shooter’s hands, arms and face.

Conversely, if a reloader double-charged the powder in a shell, that can also cause an unwanted, rapid discombobulation of things in your gun.

If you suspect you’ve inherited reloads, my advice remains to pass them on to a reloader for the components. How do you identify reloads? First off, rimfire ammunition is virtually always factory made. With American-made centerfire rifle and pistol rounds and shotgun shells, factory boxes usually serve as a good clue. At the same time, one must inspect the individual shells in each box. Do they all share the same headstamps and color (nickel vs. brass)? Are the primers of uniform color?  Are they all the same gauge or caliber (see above).

If everything looks consistent and the case headstamps are uniform and match the brand on the box, the ammo is probably factory loaded. Furthermore, if the cartridges lack scratches, or other signs they have been loaded, fired or all of the above, that also suggests factory ammo. In shotgun shells, do the shells all share the same color and print on the sides?  Is the brass base of the shells uniform in height? Do the shells all appear to be factory crimped? If so, that points to factory ammo.  Watch for any shells that look like they’ve already been fired and then reloaded (and re-crimped) like the shell on the left above. Any rounds that show signs of tampering like the 12-gauge shell above, right should find their way into the trash. With all ammunition, all manner of shells can find their way into a box. Compare the shells for consistency – and gauge. If in doubt, pass on them. Or at the very least, organize them. Don’t feed 16-gauge shells into your 12-gauge shotgun.

I mentioned American-made ammo above. Old foreign ammo will also shoot in modern firearms of the appropriate caliber. However, some old foreign ammo may prove corrosive to some degree. For those who clean their gun before the sun sets, no problem. For others, like me, you may find a light patina of rust on your barrel two weeks later. Lesson learned.

Remember, if you encounter old ammunition, do not use it for self-defense unless you have no other ammo available. Don’t buy someone’s old ammo to protect yourself and your family. Even if you find some old .357 Magnum hollow-points.

When buying ammunition, American or otherwise, you should store it in air-tight containers. Military surplus ammo cans make great ammo storage containers for your ammo boxes. Regardless of container type, label the outside of the container, too. You’ll thank yourself later.

For those who have more than a few rounds, ammunition cans make great organizers as well. Ideally, keep your ammo cans stored in a cool, dry place.

In general, old factory-loaded ammo typically will retain its functionality for a long, long time. Yes, even if it doesn’t look pretty on the outside. One may encounter a few duds with really old or poorly-stored ammo, but by and large, it will go bang every time. To stay extra safe though, try to avoid reloaded ammo to reduce dangers from someone else’s home-made mistakes.