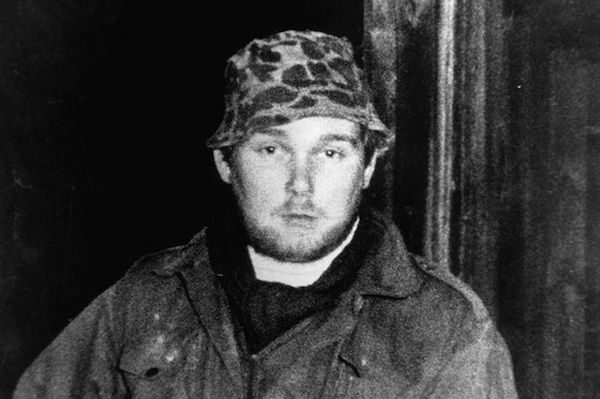 Inside the indulgent but lonely childhood of the Hungerford massacre gunman before his mass bloodbath is meant to explain why Michael Ryan shot and killed 16 people on August 1987. Mr. Ryan’s  father was distant and his mother smothered him. He was bullied. He was schizophrenic and psychotic. Done. For our purposes . . .

The Hungerford Massacre marked a turning point in British gun control. Responding to the slaughter, The Land of Hope and Glory enacted the Firearms (Amendment) Act 1988, banning private possession of semi-automatic rifles, restricting shotgun capacity to three shells and giving the Home Secretary the power to prohibit any firearm he or she deemed “specially dangerous.”

Looking back, reading the Mirror’s account of the events on that deadly day, a single phrase comes to mind: it should have been a defensive gun use. See if you agree:

His first victim was Susan Godfrey, whom he spotted eating a pack lunch with her two children aged two and four in Savernake Woods. He forced the terrified woman to put children in the car, and then marched her to the woods and shot her 13 times with an AK 47 rifle . . .

Next he shot Marjorie Jackson and 14-year-old Lisa Mildenhall, wounding them both severely. Then he shot at Ken Clements and killed him as he walked with his three children.

As PC Roger Brereton arrived on the scene, Ryan raked his car with bullets and started firing at random at houses on both sides of the street.

He shot Linda Chapman and her 16-year-old daughter Alison, wounding them, then targeted retired Abdul Khan, killing him as he was mowing his lawn.

Alan Lepetit was also targeted by Ryan as was Ivor Jackson, and Hazel Haslett. George White and Francis Butler, who had been walking his dog in the park, were killed.

By 1.30pm he had shot 16, killing eight – including his mother who had seen Ryan and tried to tell him to stop.

But Ryan wasn’t done and he carried on shooting, finally stopping at 1.47pm.

Mr. Ryan committed his first murder at 12:30 in the afternoon. His killing spree was unopposed for an hour and 47 minutes, spread over four locations in close proximity. The nearest armed police were busy training that day, some 40 miles from the scene of the crime.

But the general point remains: a good guy with a gun is the fastest way to stop a bad guy with a gun. Which also means the more good guys with guns there are around, the better. The fewer, the worse. Too bad the Brits couldn’t figure that out.