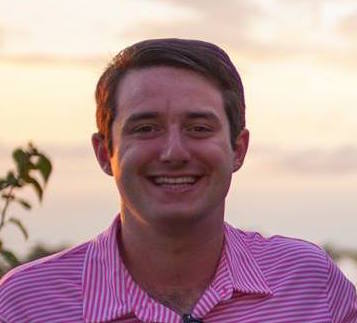 Writing for The Harvard Crimson, Ryan O’Meara slams presidential candidate Donald Trump’s proclamation that an armed populace could have positively affected the outcome in Paris last week. “While preventing any tragedy is obviously important” O’Meara concedes, “gun control is about stopping criminals and the mentally ill from getting a gun in the first place . . . The attacks in Paris are what happens when trained soldiers from a terror state sets their sights on death and destruction.” Hang on. Gun control can stop criminals and crazies from tooling-up but not terrorists? Equally, if someone’s trying to kill you . . .

does their motivation matter?

While we’re at it, is a gun any less useful against a spree killer than a “proper” terrorist? I suppose that depends on how many bad guys are involved and what weapons they’re using. As we pointed out in a previous post, having a gun during a terrorist attack is way better than not having a gun, no matter what the odds.

That’s not a view Mr. O’Meara shares. The aspiring economist would leave Parisians unarmed against terrorists – for their own good.

As Paris has so tragically shown us, gun control cannot stop an act of terror. This tragedy is a perfect example of the unfortunate reality that no matter how diligently a country works to keep its citizens safe from senseless gun violence, a terrorist organization has the potential to make it all look insignificant in an instant. But if Trump wants to talk gun control, we must speak honestly. In France, the gun death rate per 100,000 people was 2.83 in 2012; in the United States, it was 10.69. One horrific ISIS attack does not undo years of successful gun control during which the death rate from guns was nearly four times lower in France than in the United States.

Pay no attention to the jihadi behind that curtain! Even if there was no garden variety “gun violence” in France, if all a Frenchmen ever faced was the remote possibility of a terrorist attack, don’t they have a natural right to arm themselves in their own defense? Apparently not.

One attack does not mean that a theater full of disoriented and terrified concertgoers should be expected to wield pistols in order to defend themselves against terrorist soldiers armed with AK-47s and suicide belts. It is astounding that Trump could possibly think that a theater full of armed vigilantes would have been able to prevent such a coordinated attack. More guns are not the answer, but gun control should not even be the question.

I have a question: what’s up with the condescension? O’Meara clearly doesn’t believe “disoriented and terrified concertgoers” have the right to make up their own minds whether or not they should carry and use a firearm (or two) to defend their lives. We can’t “expect” them to fight terrorists! That would be unfair!

Notice that O’Meara keeps talking about “preventing” terrorist attacks. In the main, that is the state’s responsibility. The real issue is responding to terrorist attacks. Again, for that job, civilian-held guns are good thing, not a bad thing. Évidemment.

Asking the French to become more violent versions of themselves is a victory for the terrorists seeking to create a more barbaric world. While we must not respond by arming Parisians, there is certainly a role for military intervention to fight ISIS. But on an individual basis, we must start not with guns, but with peace. The day after the shooting, an unknown pianist took his instrument to the Bataclan theater and played a chilling rendition of John Lennon’s pacifist anthem “Imagine.” How fitting that music was used as a defiant symbol of peace in front of a concert hall where terrorists attempted to destroy the spirit of a nation. We now have the opportunity to show just how badly they failed.

O’Meara’s assertion that terrorists win if their potential victims arm-up to defend themselves isn’t the most ridiculous thing I’ve ever reado But it’s certainly one of the most ridiculous things I’ve ever read. The obverse – that terrorists lose if civilians remain disarmed – is borderline insane. Anyone who holds that position, while also believing that a public rendition of John Lennon’s Imagine would give radical Islamic terrorists pause, is dangerously deluded.

O’Meara’s not the first student strolling through Harvard’s gun-free quad who answers to that description. Sadly, he won’t be the last.