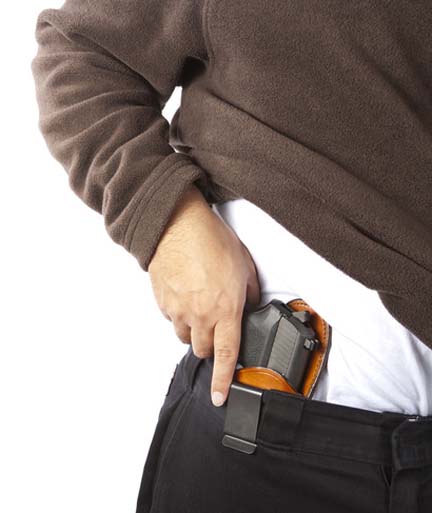 I got my Massachusetts Concealed Carry Permit when I was 21, but carried only infrequently for many years. On the morning of March 10, 1991, I received a phone call from one of the members of my rod and gun club, informing me that our club president, Bob L., had been shot to death in the kitchen of his apartment, several hours earlier.

Bob was in his fifties, a skilled welder and a dedicated silhouette shooter. He was having breakfast with his wife when a local homeless person whom Bob had known casually for several years entered the kitchen and, waving a gun, accused Bob of having sex with the homeless person’s girlfriend.

The accusation, apparently fueled by drugs and alcohol, was baseless. While trying to reason with his accuser, Bob got up from the table and was fatally shot in the chest. The shooter then left, and was later apprehended by the police, tried and sentenced to life imprisonment.

Although Bob owned a number of firearms, the most accessible at the time was in a kitchen drawer, approximately six feet away from where he was sitting. It might as well have been in another county.

That morning was a turning point in my life. Since then, aside from getting on commercial flights, I have made it a point to always have at least one gun on my person or within immediate reach. In 1995, I moved from Massachusetts to Arizona, where being armed is regarded as reasonably prudent behavior. I only wish I didn’t have to lose a good friend to learn that lesson.