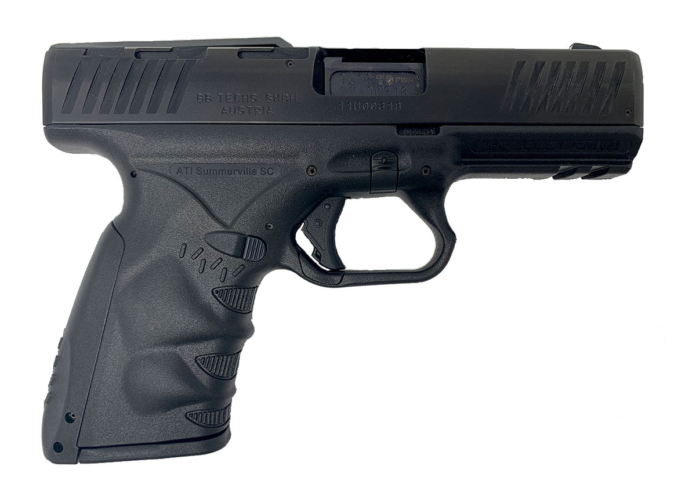 Before you go saying, “That looks like a…”, yes it does, because the man behind BB Techs was also the man behind features seen on GLOCK, Walther, Caracal, Steyr, Canik, Kimber, and others.

Wilhelm Bubits is a handgun mastermind who has been employed by or sold designs to several companies over the years. BB Techs was a company of his own where he was able to wrap several design concepts into a single firearm, the BB6. The pistol — which BB Techs called “the ultimate Austrian pistol”) was teased as early as 2016 for US import by American Tactical, but for one reason or another, it was only lightly sprinkled around the country in 2020 at blowout pricing before disappearing altogether. 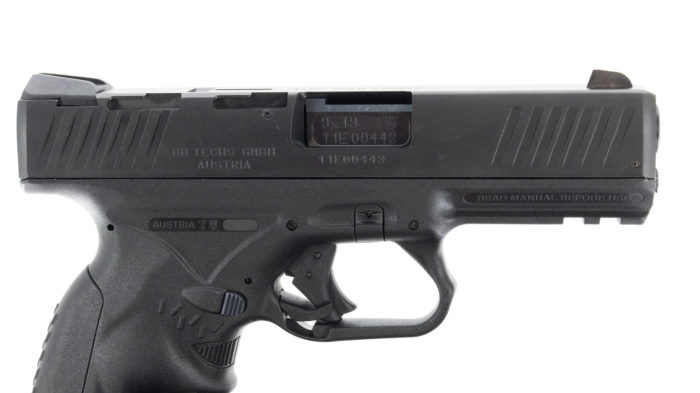 I’m not sure how many were produced, but my example, purchased during that blowout, has a seemingly low serial number. Scarcity aside, the BB6 has some interesting features that are worth a look. If all we ever accept is the status quo, we can’t expect much in the way of innovation. For that reason I like to celebrate companies and products that aren’t afraid to be different.

As we did with the Walther P5, we’ll take a visual tour around the gun and look at some of the things that make the BB Techs BB6 different. I’m curious to hear from you all in the comment section what you think of these features. If you prefer video, a full tabletop review can be seen here. The BB6 uses a modified Browning action that requires a closed top to the slide. Instead of the barrel locking on the front of the sight hood, it locks further back. This requires less tilting of the barrel, thereby a shorter feed ramp and, overall, a barrel (and bore) sitting lower in the gun than the conventional method we see used just about everywhere else. Kimber recently used this design in the R7 Mako.

Though “quick sights” or “gutter sights” have been seen elsewhere, few guns have employed them. The BB6 we bought came with a set of convention sights as well as a gutter sight (BB Techs called it the Swiftsight) in which your eyes focus further down the gun in a valley at the front sight. These are similar to the quick sights seen in the Caracal pistols, also designed by Bubits.

The BB6 also employs an interesting mounting system for red dots by locking a plate onto the slide using grooves only. These can be seen here. While not currently tacti-trendy in the US, in other countries placing the support-hand index finger on the trigger guard is a way to control recoil. This is why many international pistols have texture or a slight bump on the leading edge of the trigger guard.

BB Techs took things a giant step further on the BB6 by molding in a depression and edge. This locks the support-hand index finger in solidly and really helps fight muzzle rise. The BB6 employs the same “dingus” or blade safety we’ve come to expect on modern striker-fired guns, but also has a manual safety. What sets the BB6 apart is the safety’s placement. I’ve only seen it elsewhere on a limited-run Canik.

The manual safety rests in the trigger guard and flips up to physically prevent the trigger from moving. Activation or deactivation can be done with the trigger or middle finger. Those who gripe about manual safeties will be delighted to know that in this location it’s a lot harder to mistakenly fumble the safety on during handling. The palm swells along the grip are familiar from the Walther PPQ generation. The BB^ palm swells are aesthetically different, but functional. These swells fill the gap between fingers, but only if your hand matches the size intended.

So how does this thing perform on the range? Our biggest curiosity was how the uncommon action would take to non-standard ammunition so we tested 90gr through 158 grain including multiple projectile and case-material types. The trigger is also a point of interest as it’s described as double action, but uses a partially pre-cocked striker. Trigger travel is minimal, but heavy. You can see the results in the video below.

The heavy, but short trigger is easily learned, but also seems to inspire flinch-like shooting in that the trigger really needs to be punched, almost to the point of causing consistently low impacts.

I still enjoy this pistol, and was excited to hear that although BB Techs Gmbh is no longer in business, Bubix Arms is now up and running in Austria and selling a somewhat related micro-compact pistol called the Bro. Yes, the Bro. 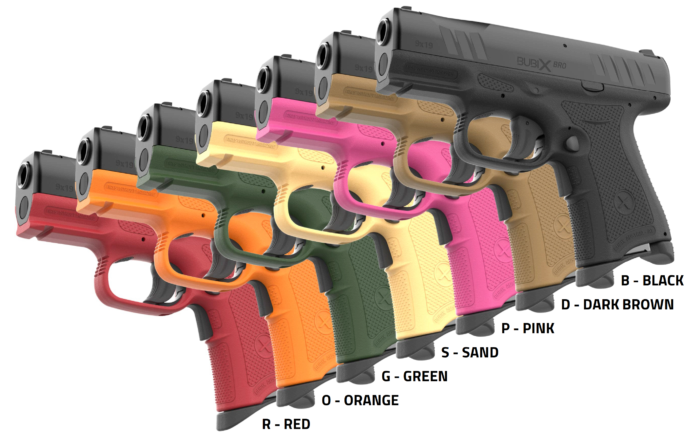 The Bubix Bro has some striking similarities to the Kimber R7 Mako, but includes some of the uniqueness we’d expect from a Bubits design. We’ve been in contact with Bubix Arms and will let you know if and when they become available int he US.