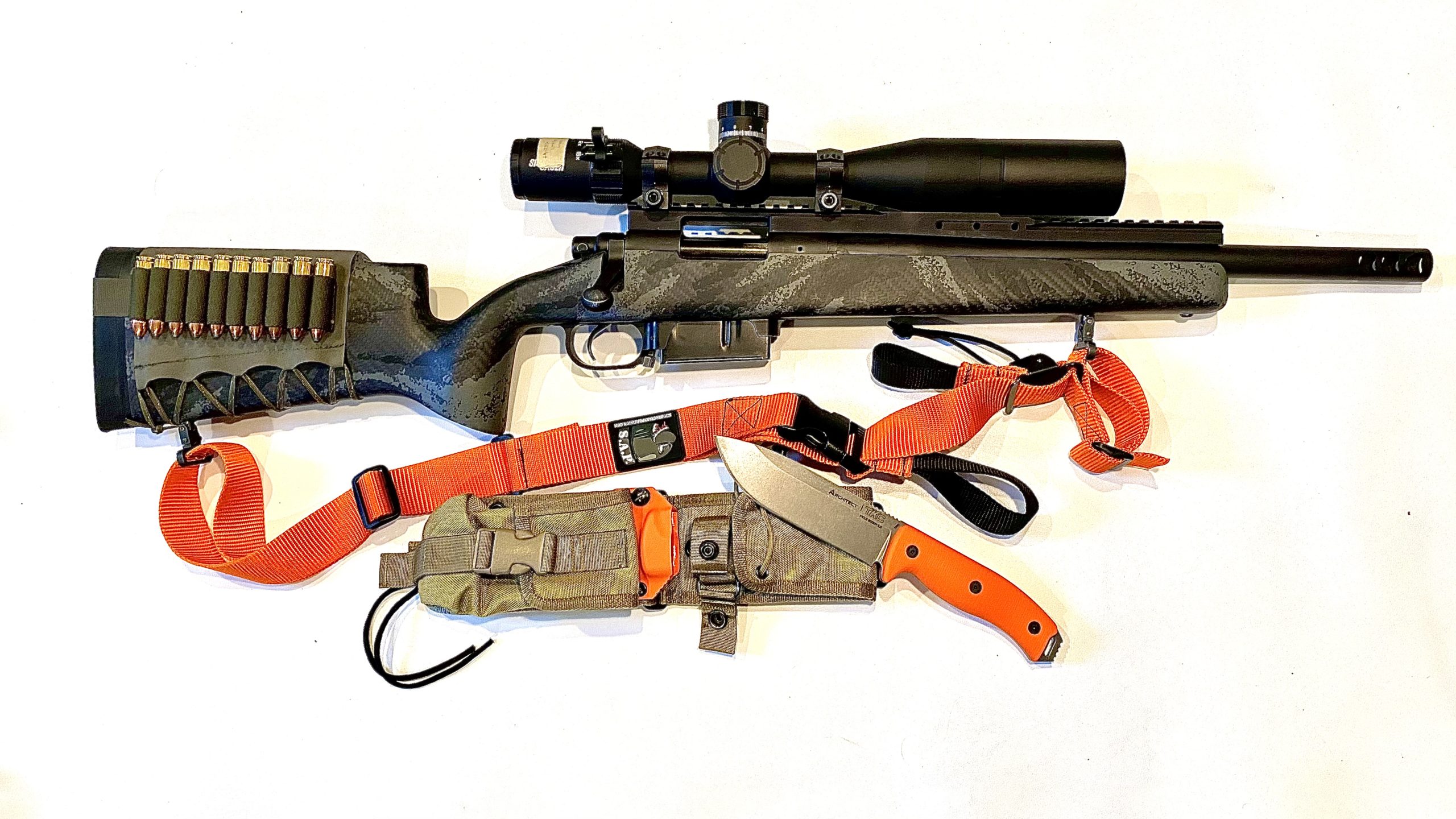 Slings are one of those things that can tell you all you need to know about how seriously a person takes their shooting. In my 17 years of competitive rifle shooting, both at local ranges and at places like Camp Perry, I have come to understand that the mindset around your sling is a snapshot of your priorities as a shooter.

Enter the sling that has replaced all of the slings on all of my rifles: the Short Action Precision Positional Sling.

People generally fall into two camps when it comes to rifle slings. Some view them simply as carry straps and others see them as a vital part of the rifle, like a good scope or bipod. The former are usually hunters and sportsmen who just don’t have use for it as a tool, with the the common thread being that they generally don’t need that much stability to hit a deer at 50 to 100 yards with an old 30-30. Likewise, many carbine and action shooters don’t understand them and usually omit them completely because they never carry their rifles outside the range.

The latter camp is the group that sees slings as serious tools to maximize support for the ultimate in shot stability. I learned to shoot with slings for vintage military and service rifle at a young age and found that I was able to get accuracy as good or occasionally better than I could off the bench.

How is it possible to get better accuracy than on the bench? Well, that’s a relatively simple answer in that bench accuracy is considered a standard in our industry because it is probably the most repeatable from writer to writer and it is easier physically on the shooter with less prep.

The main problem with that is unless you’re a stationary bench rest competitor, almost no real-world shooting occurs from a static bench. In short, while it’s the most easily translated, it’s pretty much a useless activity for anything more than initial zeroing or load testing.

Bench testing is unrealistic in that it’s a completely unnatural position to assume in real life, despite the fact that I guarantee most people only shoot rifles that way most of the time. There are a lot of ranges out there. The fact is, you’re operating in a very limited area while seated that actively restricts your ability to absorb recoil and mount the rifle in a way that’s conducive to greater accuracy.

Prone is where most people begin to see the difference between bench shooting and field shooting. However, prone is again useless unless you’re at an elevation that is advantageous to you. This can also be compounded by simple things like grass and weeds only a few inches tall. You’ll quickly find that prone is a bad place to be if you’re dealing with moving game animals or forgot to mow.

Sitting is the next step here. This position is the first of these that is actually good for most people in the real world. I shoot the vast majority of my deer and other game from a seated position with my sore ass planted firmly on the ground.

There is a large distinction between sitting at a bench and planting your dupa next to a tree at the corner of a field. Your rifle is still unsupported. You can certainly install a long leg bipod or a shooting stick here, and many people are very successful with these. This position is also the first where the stability of a rifle sling comes into play. Now we are looking at the next step in shooting positions, what I call Schrodinger’s Support. This is support, but at the same time, it really isn’t. This could be using anything from stumps, trees, a backpack, a bipod locked into a branch, an angled ditch, and so on. Your body and/or your rifle can be supported here, but you still need that extra bit of steadiness. This is where the SAP sling comes in.

You may laugh at the notion that you’d be taking a shot literally off of rusty garbage, but that just tells me that you’re not outside enough to actually test your opinions. Real-world shooting is the type of shooting where a small twig in front of your barrel can ruin a $10,000 elk hunt. You don’t have a shooting bench and life, of course, is not fair.

The best you can do is walk in prepared for those shots and actively expect them. You need to provide your own stability when your bipod, tripod, and an elevated blind aren’t available, otherwise you’re deliberately limiting yourself to only taking shots in very narrow circumstances, which reduces your chances of bagging that buck.

In popular competitions like PRS there are all sorts of barriers you have to shoot from. Very few of the matches I’ve watched or shot in are conducted from a single position. In fact, I don’t think there is even one out there that doesn’t have at least ten different challenges from ten different obstacles.

The Short Acton Precision Positional Slings were pretty much designed for use in competitions like this and they excel at it. I have replaced all my other slings with the SAP versions as a result of just how well they work.

The sling itself is made of rather thick nylon with both plastic and metal adjustment buckles. They come in several mounting options, and I use both the traditional stud attachment (on my hunting rifle) and the QD versions on my match rifles.

Unlike a full-blown service rifle sling, the SAP allows unlimited adjustment of length and features a separate tensioning cuff that’s easy to get on and off your arm. To use the stability feature, you don’t have to remove the sling from the rifle at all. Simply place your support arm through the cuff and slide the cuff around the upper bicep.

Once tight, you can use the main tension strap to draw the support arm closer to the rifle. If you use it service style, you would put your arm in and out so the body of the sling rests along the back of your support hand, which is now cradling the handguard.

Pulling the sling tight allows it to shorten up enough to to where you can roll the stock into your firing shoulder. Once rocked in, you can lean down into it and feel the rifle become tight into the body.

If you are doing this against a barricade, you should feel rock steady like you’re locked in. You would then shuffle your body instead of the gun to line up, just like adjusting your footing in golf. Your natural point of aim is now on target.

To release the sling, simply unbuckle the cuff with one hand and you’re free. You can then snap the cuff back together and slide the strap back into its resting/carry position. Once you learn to do this it becomes extremely fast and it affords you real stability almost anywhere, especially in difficult field conditions.

I became sold on these slings after deer hunting season and I ended up putting a hunter orange version on my deer rifle for the simple reason that it’s now super easy to spot at night. It’s too easy to lay your rifle down in the dark and then not be able to find it, even twenty feet away in a bean field.

Overall the SAP Positional Slings are a hidden gem that are made for hard use. The sling is wide enough that it doesn’t dig into your shoulder when walking long distances and the material doesn’t get hard to use in the wet and cold.

While they’re marketed towards PRS and competition shooters, they’re at home on any rifle because they work in providing real stability for making accurate, precise shots in the field.