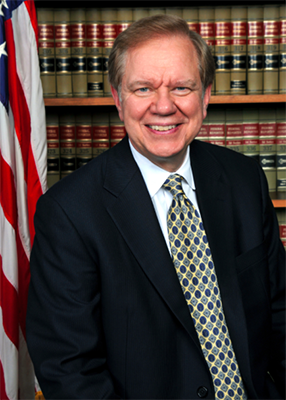 There was a win for advocates of the right to keep and bear arms on Wednesday, although the judges writing the opinion twisted themselves into knots trying to protect civil liberties without undermining what they called “commonplace gun regulations”.

The Third Circuit Court of Appeals, en banc, upheld a lower court’s ruling that two individuals from Pennsylvania and Maryland who had been convicted of non-violent misdemeanors in the 1990s and had been subsequently barred from possessing firearms ever since by state and federal gun control laws, had been unconstitutionally denied the right to keep and bear arms under the Second Amendment.

Although the Third Circuit did not overturn any part of the federal Gun Control Act, it did clear the way for people who are legally disabled under federal law from possessing firearms to make what is called an “as-applied” challenge. Meaning: the federal gun control law was not unconstitutional as written, but that the law’s application to particular people under particular circumstances was unconstitutional because it deprived those persons of their constitutionally-protected right to keep and bear arms under the Second Amendment. In short: the law stands as it is, but if you’ve been barred from possessing firearms for life by federal law due to a past conviction, you might have a path to getting those rights restore through the federal courts.

The case, Binderup v. Attorney General, involved two individuals — Daniel Binderup and Julio Suarez — who were, if you needed a couple of ex-cons with standing to challenge a gun control law, about as sympathetic as you could hope for. In 1998, Binderup pled guilty to one charge of corrupting a minor in conjunction with a consensual relationship he had been having with a 17 year old female employee of his (at the time, Binderup was 41 years old.)

In Pennsylvania, this crime was a misdemeanor subject to possible imprisonment of up to 5 years. His sentence was the proverbial ‘slap on the wrist’: 3 years probation and a $300.00 fine. (The age of consent in Pennsylvania was 16 — presumably this is why he was hit with a charge of corruption of a minor, and not statutory rape.)

Suarez had been stopped in 1990 by police in Maryland on suspicion of driving while intoxicated. During the stop, the police officer noticed that Suarez had a .357 Magnum revolver. Unsurprisingly, he did not have a license as he was in Maryland, and was neither rich nor politically well-connected. Suarez pled guilty to unlawfully carrying a handgun without a license a misdemeanor subject to a maximum of three years’ imprisonment under Maryland law.

He received a suspended sentence of 180 days in the clink, and a $500.00 fine. (Suarez was later convicted in Maryland of the misdemeanor crime of driving under the influence of alcohol in 1998, but this offense would not have caused him to be a prohibited person.) He has since relocated to the Keystone state and has kept his nose clean ever since. He even holds a “Secret” security clearance from the U.S. Government in connection with his job as a consultant for a government contractor.

It shall be unlawful for any person— who has been convicted in any court of, a crime punishable by imprisonment for a term exceeding one year….to ship or transport in interstate or foreign commerce, or possess in or affecting commerce, any firearm or ammunition; or to receive any firearm or ammunition which has been shipped or transported in interstate or foreign commerce.

To make the law a little more opaque, 18 U.S.C. § 921(a)(20)(B) explains that the phrase “a term exceeding one year” in § 922(g)(1) actually means “a term exceeding two years” if it’s a state misdemeanor punishable by a term of imprisonment of two years or less. There is also an exemption in that same section for “[a]ny conviction which has been expunged, or set aside or for which a person has been pardoned or has had civil rights restored.”

The point of all of this pettifoggery is that both gentlemen were also barred from possessing firearms under Federal law due to previous convictions. They were also barred under an analogous section of Pennsylvania law (18 Pa.C.S. § 6105) but in 2009, both successfully petitioned Pennsylvania courts to remove that prohibition. Unfortunately, they found themselves stymied by federal law.

Although 18 U.S.C. § 925 explicitly provides that a person prohibited by federal law from possessing firearms can apply to the Attorney-General for relief from that legal disability (and petition the courts for review of her decisions,) Congress has never bothered funding that section of the law, so it’s effectively a dead letter. That left Suarez with only the option of a pardon from the Governor to restore his second amendment rights. (Binderup, being convicted under Pennsylvania law, also had the option of petitioning Pennsylvania courts for expungement conviction, which in his situation, Pennsylvania would allow at age 70 or three years after his death, whichever comes first.)

There are actually three different takes on the case in this decision: the majority opinion authored by Judge Thomas Ambro, a Clinton appointee, which tries to split the baby between protecting constitutional rights one the one hand, but not undermining the judicial arguments in favor of gun control, an anti-gun rights dissent, and a libertarian-leaning concurrence that agrees with the result but not the reasoning.

The majority lays out its objectives forthrightly. A law that eviscerates the right to keep and bear arms would be unconstitutional, but it holds that § 922(g)(1) is not unconstitutional, because it does allow persons barred from possessing arms an avenue to get those rights restored: expungement, pardon, or requesting the U.S. Attorney-General to lift their legal disability. They contrast this with the situation in the Heller D.C. gun ban case, where Heller had no way to exercise his rights. It was therefore “a bridge too far” for them to “risk undermining many commonplace constitutional gun regulations….”

Lord knows we don’t want to risk undermining those “constitutional” gun regulations for the sake of civil liberties. Sigh.

The Third Circuit then examined the went on to examine the particulars of an as-applied challenge against § 922(g)(1). Boiled down, it came to the fact that the intent of Congress in passing § 922(g)(1) was to penalize ‘serious’ crimes. The Third Circuit even engaged in an examination of what ‘serious’ crimes meant, and how historically “the right to keep and bear arms was tied to the concept of a virtuous citizenry and that…the government could disarm ‘unvirtuous citizens'”.

People convicted of violent crimes qualify as “unvirtuous citizens” who should be deprived of their right to keep and bear arms. But the “unvirtuous citizens” concept covers more than just people who happen to commit violent crimes — it covers people who have committed a serious crime, violent or non-violent. The Second Amendment does not require people who are convicted of a serious crime to be given an opportunity to regain their right to keep and bear arms.

(If you’re curious where the Second Amendment talks about crime at all, I have to admit, I’m kind of lost on that point myself at the moment.)

Soldiering on, though, the upshot of the Third Circuit’s rather weird meandering on virtue is that just because a legislature sets the maximum punishment of a misdemeanor at greater than two years, doesn’t mean that this is a “serious” crime. The fact that the legislature called a crime a “misdemeanor” is a powerful signal that the offense is not serious. Which isn’t to say that’s enough – some misdemeanors might be serious after all.

Now that the definition of ‘serious crime’ was settled [JKP: cue raucous laughter,] the Third Circuit then looked at the particulars of Binderup and Suarez. Their convictions were both for misdemeanors. Neither of their offenses involved the use of force as an element. Both parties received comparatively minor punishments and didn’t serve any prison time at all. Therefore, the courts concluded, neither of them were convicted of serious offenses.

Further, although § 922(g)(1) did offer avenues for relief, none of those were effective for them. Congress has not funded the Attorney-General to permit her to consider lifting the disabilities, expungement would not be available in a timely fashion for Binderup (or at all for Suarez) under applicable state laws, and the idea of relying solely on a pardon issued at executive whim was a non-starter for them.

With those facts in mind, the Third Circuit, using intermediate scrutiny, found that § 922(g)(1), as applied to the circumstances of Binderup and Suarez, violated their constitutionally-protected right to keep and bear arms, because their convictions were for crimes that “historically led to exclusion from Second Amendment protections.”

Two other things of interest:

(1) The U.S. attorney apparently brought forth a good deal of statistical data about recidivism rates among ex-cons and the like; the Third Circuit wasn’t buying. The data weren’t about non-violent ex-cons who never served a day in prison, so it didn’t apply at all to Binderup or Suarez.

(2) The Third Circuit made absolutely clear that it didn’t care at all about Binderup or Suarez’s good behavior since their convictions.

There were rather lengthy concurring and dissenting opinions here as well. The concurrence agreed with the result, but attacked the legal reasoning from a somewhat libertarian perspective: “our colleagues hold that even with respect to persons entitled to Second Amendment rights, judges may pick and choose whom the government may permanently disarm if the judges approve of the legislature’s interest balancing,” and noting that the “virtue” argument advanced by the Court actually had its roots in pre-Heller “collective right” interpretations of the Second Amendment. (That makes sense – what are “may issue” concealed carry laws but an example of the government choosing the “virtuous” who are allowed to exercise their rights?) The concurring justices clearly preferred limiting the application § 922(g)(1) to only crimes involving violence.

The dissent was almost a hilarious parody of social justice warrior thought with a partisan twist, starting on its second page, where it noted that “[w]e as a society require persons convicted of crimes to forfeit any number of rights and privileges, including the right to sit on a jury, the right to hold elective office, and the right to vote…” then hurriedly explained in footnote 2 that they weren’t actually meaning to say that people should ever be deprived of the right to vote, even if they were felons convicted of serious violent crimes. I’m sure it had nothing to do with partisan politics in this election year. The dissent is definitely a good read, though; just imagine the justices who signed on to it sitting on the Supreme Court someday, and you will find yourself highly motivated to vote this November.

There’s no word on appeal to the Supreme Court at this point; it’s likely that the government will try to do so, but given how mum the Supremes have been on the Second Amendment lately, it’s even money that they’ll let the thing stand.

Whatever my concerns about the validity of the arguments of the majority opinion, though, this was a win for the 2A. The attorneys who presented the case – Alan Gura and Douglas Gould – and the Second Amendment Foundation, which helped bring the litigation forward, deserve our thanks and support for making it happen.