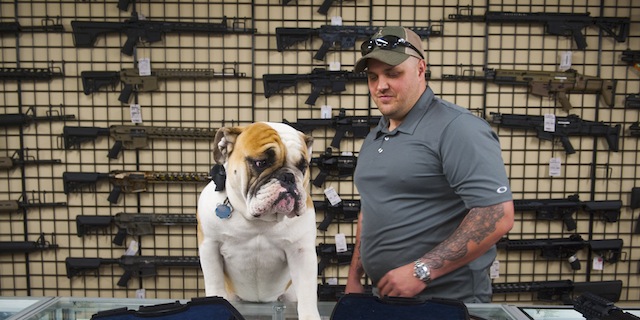 I hope all is well. My name is Andrew Raymond and I am the co-owner of Engage Armament. I am the guy who agreed to sell the Armatix pistol and all that madness. I’ve been trying to steer clear the best I can from a lot of the drama so I didn’t really read any of the articles that covered it. Its just painful I guess. However, today on Facebook I noticed a friend liked and article relating to MDA and from there it linked to another story. I read that article and noticed you mentioned the threats against us and how it went unreported. There is a reason for that . . .

I estimate we received at least 2000 “contacts” which were phone calls, emails, or messages on our facebook. Most of those occurred the first day. It was simply overwhelming to me. I didn’t nor do I now know how to handle such a thing. It was unlike I had ever experienced before. Just call after call of people cursing or email after email of some seriously vile stuff.

However, most people WERE polite and politely expressed their disagreement, which was what I had hoped for. I had posted our phone number up and invited people to call so long as they were civil. The response though was unlike anything I’ve ever experienced. I cannot describe what was happening here that night. It was just chaos and as I had invited people to call I felt obligated to answer the phone. I wasn’t smart enough to just ignore it.

Anyway, out of those 2000 or so contacts there were TWO threats. I received one, and my business partner received one. So that was thrown into the middle of the first night when the SHTF. I felt betrayed but gun people, I realized I was used/betrayed by Armatix, and I realized that I might have doomed myself and everyone in NJ, so I was at the end of my rope. Hence the video. It wasn’t alcohol that did that, it was the pressure.

The next day though things changed. The calls slowed down, the emails slowed down, and the antis started hating me. That was something I was far more comfortable with. I also realized that people who threatened typically don’t do. People who “do” typically just “do”. I realized that this was far too much for me to handle though so I backed away from just about everything I could. This is why we didnt report it. I didn’t want anymore attention.

People were already starting to say it was anti-gunners making the calls setting up the pro-gunners. It was clearly devolving into another cluster. I also didn’t want cops in here, who might also happen to be customers, now knowing about what happened and moreover looking up the video I made. I wanted it all to die out and to forget about it. It did happen, it is real, but I wanted to and still want to forget about it all. However, it was only two calls out of 2000. I think people have overlooked that.

Anyway, I just wanted to reach out and explain the situation a bit. I really like your website and read it frequently. I really appreciate the real deal reviews as well.