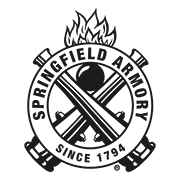 ECU POLICE: Professor says she will not bring gun on campus ‘ – “(East Carolina University) police say a professor says she will not carry a gun on campus, despite telling WITN Monday night that she would. Dr. Tracey Tuten told WITN she would be exercising her Second Amendment rights, after she said some ECU band members were allowed to use their First Amendment rights during last Saturday’s football game. Tuten said she was violently threatened and stalked by a student several years ago. ‘I am so scared every day that I walk onto that campus and do not have my gun with me’, the professor told us Monday night. ‘If you have not been stalked before, you do not understand what it feels like, but it is really intimidating. It is so scary.'” It’s currently illegal to carry on campus in North Carolina. Maybe the good perfesser will support an effort to change that.

On the other hand, Colorado legalized campus carry about four years ago… Police fatally shoot man with machete inside University of Colorado’s athletics center – Police shot and killed a machete-wielding suspect inside the Champions Center at the University of Colorado’s Folsom Field this morning after they say the man refused to drop his weapon. Campus police, at a morning news conference following the officer-involved shooting, said they did not know the man’s motive for entering the athletics center with a weapon. A source close to the investigation told the Daily Camera that the suspect was a white male who appeared to be a “religious zealot of some kind” and who had been overheard talking about “looking for sinners” and referencing the commandments.

Meanwhile, in a gun-free zone… Robbers hit Hwy 154 Waffle House…again – “Investigators are searching for two masked men who robbed a Waffle House on Sunday night. No one was injured in the armed robbery, according to Investigator Troy Foles with the Coweta County (Georgia) Sheriff’s Office. The robbery at the McCollum-Sharpsburg location marks the second incident in three weeks.” You may remember that many Waffle Houses frown on serving armed patrons. No word yet as to this store’s stance. Here in the US of A, October is American Cheese Month. It’s also Bat Appreciation Month. And National Book Month. As Google Translate reveals, in Ukraine it’s voluntary weapons surrender month. “The action continues until 31 October. At that time, the Ukrainians can go to the police station with the possessed illegal weapons. Reflects the weapons will not threaten any consequences. The action includes both arms, as well as grenades, explosives and ammunition.” Oh look! Another once-gun-friendly Democrat goes anti-gun when he’s in trouble: Ted Strickland, once an NRA favorite, now touting gun-control stance – “For years, Ted Strickland was a darling of the National Rifle Association. But with his back against the wall in Ohio’s U.S. Senate race, the Democrat is now emphasizing his support for tougher gun-control measures in a way that would have been unthinkable just a few years ago.” Who’s surprised by this…anyone?…Bueller?