Washington State’s New Gun Laws Are Working – “This November, Washingtonians will get to vote on a ballot measure to place extreme-risk-protection orders into law. If that passes, it would be a second big win, after the people of Washington instituted universal background checks on the purchase of all firearms in 2014. These new protection orders would be modeled on the state’s domestic violence and sexual-assault-protection orders, giving family members or law enforcement the right to petition a court to remove firearms from someone who is a danger to themselves or others.” Only one problem…the article offers absolutely no evidence that Washington’s laws are “working.” Unless, of course they mean this: “Additionally, this application of direct democracy is not simply a way to ensure the moneyed death-peddlers behind the NRA can’t veto laws Washingtonians overwhelmingly want, but also provides a model for the 24 states—among them large population centers such as California, Florida, Illinois, and Ohio—that allow citizens to change laws via direct democracy.” Need another reason to vote Trump? A Hillary Clinton Loss Would Hobble Gun Reform, Says Connecticut Senator – “’If Donald Trump wins, it will be a pretty dramatic setback,’ says (Senator Chris) Murphy, who has emerged as the Democratic Party’s most vocal champion of new gun regulation. ‘Not just because how terrible he’ll be on the issue, but the fact that a presidential candidate who ran asking for a mandate on guns lost.’” Life in a socialist dictatorship: Police in Venezuela Destroy Almost 2,000 Guns – “Police in Venezuela (shown) destroyed nearly 2,000 shotguns and pistols on August 17, in a very public display of gun control held in a city square in the country’s capital city of Caracas. ‘We are going to bring disarmament and peace,’ Interior Minister Nestor Reverol told Reuters news service, delivering the government’s official explanation for the destruction of the guns. Reuters reported that Venezuela’s President Nicolás Maduro promoted Reverol this month, just days after the United States accused the former anti-drug czar of taking bribes from cocaine traffickers.” 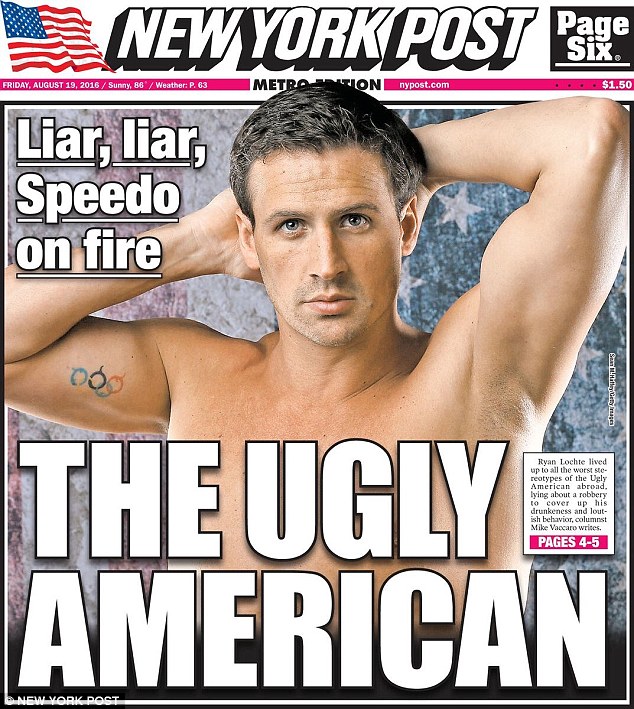 Lawyer: Ryan Lochte did not lie about robbery at gunpoint – “Lochte stands behind his assertion that he and his teammates were held at gunpoint and robbed Sunday. That account is supported by surveillance video of what took place at the gas station in Rio de Janeiro, Ostrow said. ‘That part of the story will never change,’ Ostrow said during a telephone interview. ‘We stand behind that.’ Ostrow supports the framework of Lochte’s account as correct – uniformed guards, armed, demanding money.” Uh huh.