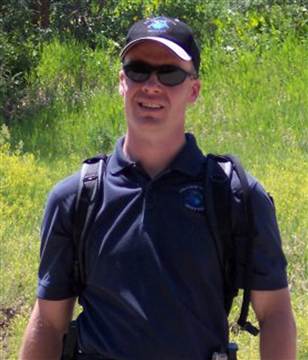 You know the “reasonable, common sense” crowd’s litany, the one about guns only being good for one thing? Namely, killing, death and wanton destruction? Yeah, well, next time one of them throws that one at you at a cocktail party, here’s a handy comeback example to keep in your quiver. If Chris Willden hadn’t had his gun on his hip yesterday, there would probably be two or three dead kids in Logan, Utah…

Roger Anderson was headed for a day of skiing with three kiddies in tow. But he lost control of his car on a slippery, narrow bridge and his Honda went wheels-up into an icy river. According to msnbc.com, that’s when Willden, who had been driving by, jumped in to try to get them out.

Willden said he tried unsuccessfully to open windows and doors. He then used his firearm just as he had done in training for his current job as a bodyguard and Department of Defense contractor.

“(The driver) was panicked, doing everything he could to get in through the doors, but they wouldn’t budge,” said Willden, who had jumped into the water with his own father. Willden, a former cop, pressed his gun against the submerged glass and blew out the windows. He used a pocket knife to cut away seat belts. And that allowed him, with the help of others who had stopped, to turn the car right side up and yank the three kids to safety. But only one of them was breathing.

He said the other two children were lifeless, the boy upside down in his car seat and the second girl floating in the front passenger compartment. Both were pulled from the vehicle.

Buzzy Mullahkel, of North Logan, told the Deseret News of Salt Lake City that the boy wasn’t breathing and didn’t have a pulse, but was revived when another passer-by performed CPR.

“Emotions started taking over when he started to breathe. Everybody started to cheer. Lots of tears and clapping,” said Mullahkel, a father of a 4-year-old.

Fortunately, it looks like all three children will recover.

Something you’ll never hear from MAIG, the VPC or the Bradys is that guns are tools. Tools for having fun at the range, putting some meat on the table, defending your home or protecting yourself and your family. Just like a hammer or a knife, the decision of when and how to use them is up to you. Unless you live in certain cities and states, of course.

Chris Willden happened to have his tools with him when that car went into the drink. We’re sure Roger Anderson’s mighty glad he did. And three kids in Utah are alive because of it. It doesn’t get much better than that.