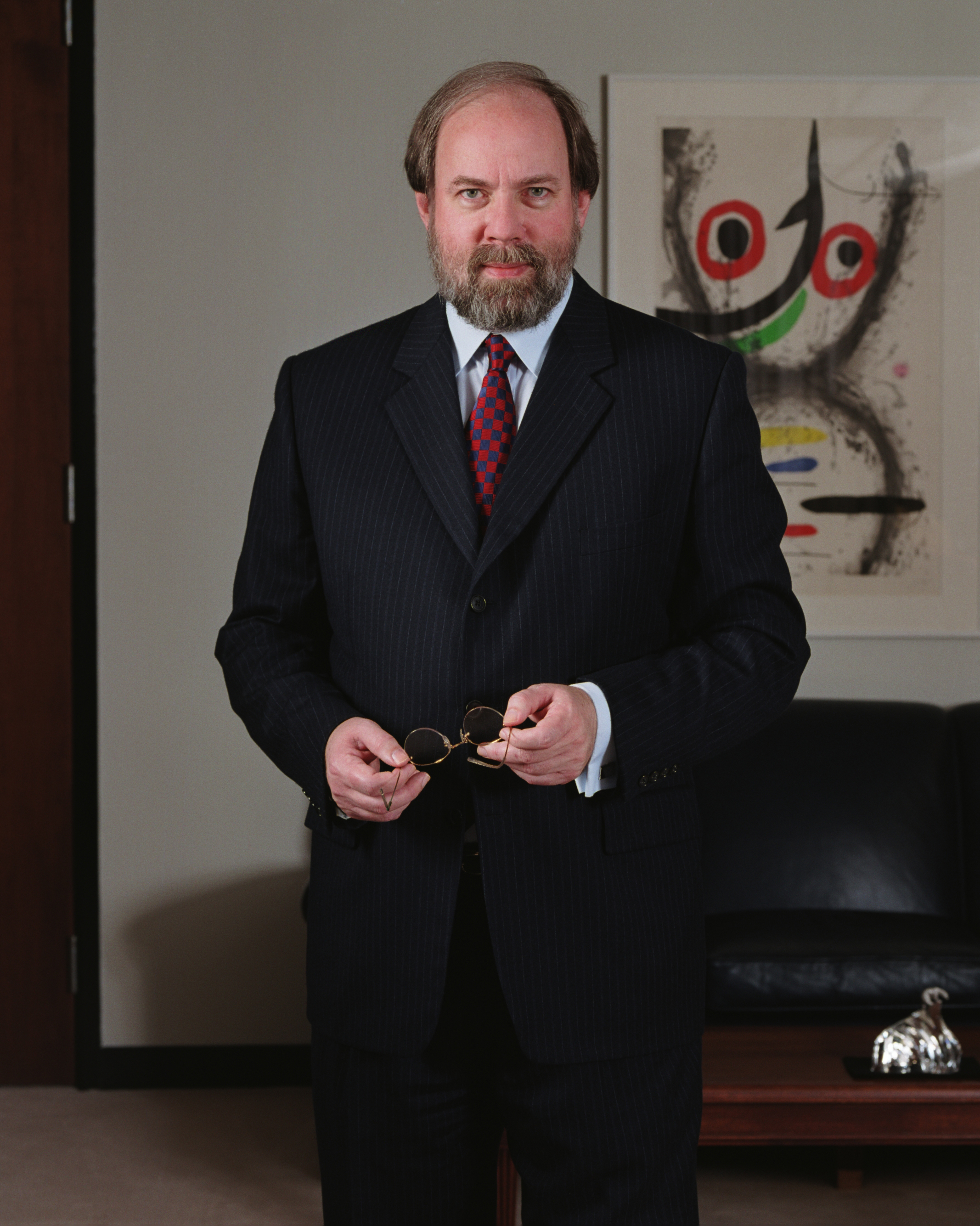 As Nick reported earlier, the Seventh Circuit Court of Appeals upheld a municipal ordinance in Highland Park, Illinois that bans so-called “assault weapons” as well as semi-automatic magazines with a capacity greater than ten rounds, in the matter of Friedman and Illinois State Rifle Ass’n v. City of Highland Park, Illinois. I had a few minutes to take a look at the opinion written by Judge Frank Easterbrook and oh, my, it’s a bit of a mess….

The Highland Park ordinance at issue (§136.005 of the City Code) specifically prohibits:

possession of assault weapons or large‐capacity magazines (those that can accept more than ten rounds). The ordinance defines an assault weapon as any semi‐automatic gun that can accept a large‐capacity magazine and has one of five other features: a pistol grip without a stock (for semi‐ automatic pistols, the capacity to accept a magazine outside the pistol grip); a folding, telescoping, or thumbhole stock; a grip for the non‐trigger hand; a barrel shroud; or a muzzle brake or compensator. Some weapons, such as AR‐15s and AK‐47s, are prohibited by name.

Judge Easterbrook spends some time in the opinion examining District of Columbia v. Heller, but quickly waves it away, hanging his hat on the fact that the Heller court acknowledged that prohibition against the carrying of “dangerous and unusal weapons” were not necessarily unconstitutional. From there, the Judge rejects the idea that the ‘common use’ test referenced in United States v. Miller has any applicability at all:

[R]elying on how common a weapon is at the time of litigation would be circular to boot. Machine guns aren’t commonly owned for lawful purposes today because they are illegal; semi‐automatic weapons with large‐capacity magazines are owned more commonly because, until recent‐ ly (in some jurisdictions), they have been legal. Yet it would be absurd to say that the reason why a particular weapon can be banned is that there is a statute banning that it, so that it isn’t commonly owned. A law’s existence can’t be the source of its own constitutional validity.

The Seventh Circuit then goes on to eschew intermediate scrutiny, a relatively lower standard of scrutiny of government action, which other Circuits have used to uphold restrictive laws on firearms in the past. And here, the Seventh Circuit jumps into a bit of a rabbit hole, in my opinion:

[I]nstead of trying to decide what “level” of scrutiny applies, and how it works, inquiries that do not resolve any concrete dispute, we think it better to ask whether a regulation bans weapons that were common at the time of ratification or those that have “some reasonable relationship to the preservation or efficiency of a well regulated militia,” see Heller, 554 U.S. at 622–25; Miller, 307 U.S. at 178–79, and whether law‐abiding citizens retain adequate means of self‐defense….

The features prohibited by Highland Park’s ordinance were not common in 1791. Most guns available then could not fire more than one shot without being reloaded; revolvers with rotating cylinders weren’t widely available until the early 19th century. Semi‐automatic guns and large‐capacity magazines are more recent developments. Barrel shrouds, which make guns easier to operate even if they overheat, also are new; slow‐loading guns available in 1791 did not overheat. And muzzle brakes, which prevent a gun’s barrel from rising in recoil, are an early 20th century innovation.

Some of the weapons prohibited by the ordinance are commonly used for military and police functions; they therefore bear a relation to the preservation and effectiveness of state militias. But states, which are in charge of militias, should be allowed to decide when civilians can possess military‐grade firearms, so as to have them available when the militia is called to duty.

Got that? Semi-automatic rifles hadn’t been conceived of in 1789, so they weren’t intended to be protected by the second amendment. Okay, sure, the concept of using long guns like rifles in army and militia service *did* exist at the time, but even though the “assault weapons” banned here (especially the AR-15, which is called out by name in the ordinance) are analogous to the kinds of rifles in regular military service today, this somehow doesn’t matter to the Seventh Circuit.

This is the sort of reasoning that would lead to government regulation of nytimes.com because at the time of ratification, the idea of electronic computers, modems, and the internet hadn’t even been conceived of, let alone invented yet, and since the Internet was a DARPA creation anyway, the government should be able to do whatever it wants with it.

How did the Seventh Circuit decide that pistols alone were sufficient? The Court essentially says that since the Heller and McDonald v. Chicago decisions didn’t define the entire scope of the Second Amendment, it’s just going to assume that everything the Supreme Court didn’t explicitly permit is up for grabs:

McDonald holds that the Second Amendment creates individual rights that can be asserted against state and local governments. But neither it nor Heller attempts to define the entire scope of the Second Amendment—to take all questions about which weapons are appropriate for self‐defense out of the people’s hands. Heller and McDonald set limits on the regulation of firearms; but within those limits, they leave matters open. The best way to evaluate the relation among assault weapons, crime, and self‐defense is through the poitical process and scholarly debate, not by parsing ambiguous passages in the Supreme Court’s opinions.

Judge Easterbrook is a highly-respected jurist, and I spent a bit of time in law school studying his cases and articles. But this decision just appears unserious to me. I had to take a break when I got to (I guess what was supposed to be) a tongue-in-cheek reference to James Bond’s preference of handguns over rifles. And as Nick pointed out, there’s the curious implication that making the public feel safer somehow trumps an enumerated right. (What sort of implications would the doctrine that feelings of safety trump rights have had during the Civil Rights movement in the 1950s and 60s?)

The court’s reading culminates in a novel test: whether the weapons in question were “common at the time of ratification” or have “some reasonable relationship to the preservation or efficiency of a well regulated militia,” and “whether law-abiding citizens retain adequate means of self- defense.” Ante at 7–8.

The problem is Heller expressly disclaimed two of the three aspects of this test; and it did so not as a matter of simple housekeeping, but as an immediate consequence of its central holding. It held as “bordering on the frivolous” arguments that recognized a right to bear only those arms in existence at the time of ratification. Heller, 554 U.S. at 582 (“Some have made the argument, bordering on the frivolous, that only those arms in existence in the 18th century are protected by the Second Amendment.”).

Likewise, it expressly overruled any reading of the Second Amendment that conditioned the rights to keep and bear arms on one’s association with a militia. Id. at 612. (“It is not possible to read this as discussing anything other than an individual right unconnected to militia service.”). For this reason, there is no way to square this court’s holding with the clear precedents of Heller and McDonald.

Friedman is just the latest in a series of decisions that appear to be designed to deliberately defy the letter and spirit of the Heller decision. Since Heller, we have witnessed a massive effort on the part of judges, mayors, governors, and federal officials to undermine and ignore a Supreme Court decision on civil rights that we haven’t seen since Brown v. Board of Education of Topeka, Kansas. From Highland Park to Hawaii, politicians determined to fight any expansion of protections for the Second Amendment.

We have our work cut out for us. The fight never ends.