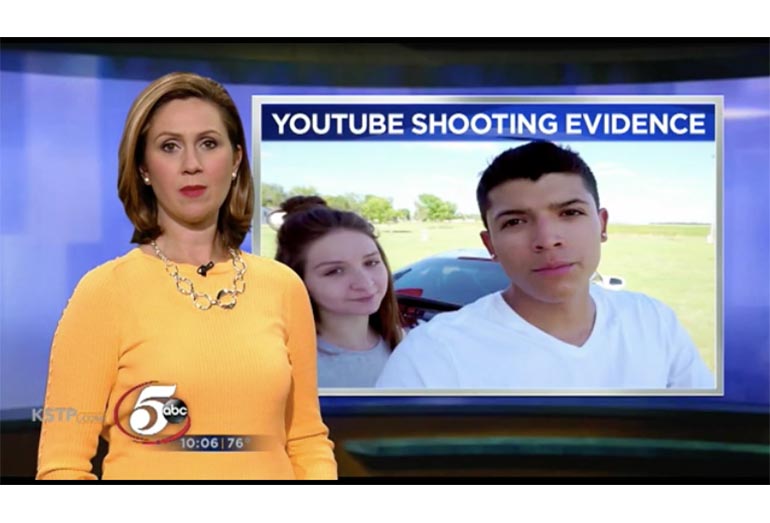 In one of the most Darwin Award-worthy performances of 2017, Monalisa Perez shot her boyfriend, Pedro Ruiz III in the chest with a .50 caliber round from a Desert Eagle pistol last June, in search of YouTube immortality. Ruiz held a hardcover encyclopedia up against his chest, hoping it would be enough to stop the 300+ grain round. It wasn’t.

In December, Ms. Perez pled guilty to second-degree manslaughter. Now, video and a transcript of what lead up to the shooting has been released.

Ms. Perez was clearly reluctant to participate in the stunt. She begged her beau not to make her pull the trigger. Read the entire exchange here.

According to the transcript, Perez pleads with her boyfriend “I can’t do it, babe. I’m so scared.” Ruiz tells her, “As long as you hit the book, you’ll be fine. Come on.”

“Babe, if I kill you what’s gonna happen to my life. Like no this isn’t OK,” she said. “I don’t want to be responsible.”

Sadly, Ruiz was too persuasive for Perez to resist.

Perez, 20, of Redfield, South Dakota, was sentenced earlier this year to 180 days in jail for second-degree manslaughter. Her sentence will be served in 30-day installments each year for six years.