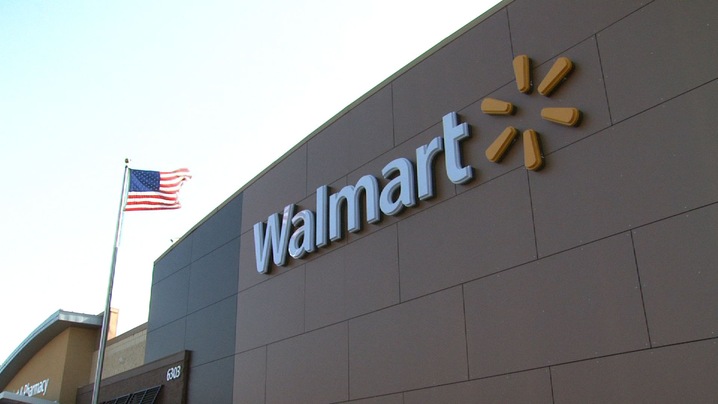 Last week, the Utah Supreme Court held, allowed the matter of Shawn H. Ray et al v. Wal-Mart Stores, Inc. to proceed. That’s news because under Utah law the right of self-defense trumps an employer’s right to terminate at-will employees in situations where “an employee reasonably believes that force is necessary to defend against an imminent threat of serious bodily harm and the employee has no opportunity to withdraw.” . . .

Two of the plaintiffs, Derek Holt and Eric Hunter, had been employed by Walmart’s West Valley City, Utah store in the asset protection team. They were terminated for violating Walmart’s policy AP-09, which governed interactions with persons suspected of theft:

If the Suspect is believed to possess a weapon, the Suspect must not be approached. If during an approach or investigation, it becomes apparent that the Suspect has a weapon or brandishes or threatens use of a weapon, all associates must disengage from the situation, withdraw to a safe position, and contact law enforcement.

If at any point the Suspect or any other [sic] involved becomes violent, disengage from the confrontation, withdraw to a safe position and contact law enforcement

The facts behind their termination were:

Mr. Holt and Mr. Hunter confronted a shoplifter. When t shoplifter tried to run away, they grabbed her arms. During the ensuing struggle, the shoplifter pulled out a small pocketknife and shouted that she was going to stab [Holt and Hunter] if they did not let go. [They] maintained their hold, however, and a customer helped pry the knife out of the shoplifter’s hand.

As a result of their efforts, Holt and Hunter were fired by Walmart for violating the policy mentioned above.

Shawn Ray, Lori Poulsen, and Gabriel Stewart were employed at Walmart’s Layton, Utah store. The events surrounding their termination were even more spine-chilling. Ray and Poulsen had “escorted” a customer who was attempting to steal a laptop computer by concealing it in his pants, to the store’s Asset Protection office, where they were joined by Stewart. The customer disgorged the laptop and, according to the employees, went for his heater, announcing, “I have something I shouldn’t have. Don’t make me do this!”

Ms. Poulsen noticed the customer had a gun and yelled “Gun! Hand!” The customer rushed towards the door but then turned and shoved Mr. Stewart against the wall and pressed the gun to his back. A skirmish resulted, and the Walmart employees managed to remove the gun from the customer’s hands and force him to the ground. Ultimately, Mr. Ray, Ms. Poulsen, and Mr. Stewart were all fired following the incident for violating Policy AP-09.

Apparently, even having an attacker pressing the gun into your back didn’t justify violation of policy AP-09 to Walmart. (To be fair, Walmart claims that the alleged thief merely ‘transferred’ a gun from his back pocket to his coat pocket, when a ‘struggle ensued’. I’m not sure that makes their case significantly stronger, all things considered.)

The employees filed a civil suit in the federal district court for Utah, claiming wrongful termination. Like most Walmart employees (indeed, like most employees in America) they had been employed on an “at-will” basis, meaning that their employer could cashier them at any time, for almost any reason.

There are a few constraints on this (discussed at UCLA Professor Eugene Volokh’s blog here,) but the one we’re most interested in is the tort of “wrongful termination in violation of public policy”. In other words, “even an at-will employee may not be fired if her termination would violate certain public policies.” The Beehive State supreme court has held in the past that there are four categories of public policies that are eligible for consideration under this exception:

(i)[r]efusing to commit an illegal or wrongful act, such as refusing to violate the antitrust laws;
(ii) performing a public obligation, such as accepting jury duty;
(iii) exercising a legal right or privilege, such as filing a workers’ compensation claim; or
(iv) reporting to a public authority criminal activity of the employer.

In this case, the plaintiffs argued that their right to self-defense was (in the Court’s words,) a legal right that was “so substantial and fundamental that there can be virtually no question as to [its] importance to the public good.” (citation omitted)

The Utah Supreme Court agreed. It noted that there were substantial protections in Utah law establishing the right to self defense, starting with Article I, Section 1 of the Utah Constitution (“All men have the inherent and inalienable right to enjoy and defend their lives and liberties,”) about which the Court held “there is simply no way to read the text as establishing a right of self-defense at an individual‘s home or in public, but not at his or her place of business.”

The Court also favorably referenced Article I, section 6, which states: “The individual right of the people to keep and bear arms for security and defense of self, family, others, property, or the state, as well as for other lawful purposes shall not be infringed….”

In support of its position, the Court also cited various Utah statutes and common law decisions — including the state’s “stand your ground” law — holding that these pro-self-defense laws cumulatively reflect a public policy favoring the right of self-defense.

Walmart had tried argued that the Utah Constitution’s provisions concerning the right to self-defense limited the government’s ability to infringe the civil rights of Utahans, but the Supreme Court wasn’t having it. At-will employment was a doctrine created by common law, the Court held, and thus it was within the power of the Court to determine exceptions to it.

Some thoughts on this matter:

(1) This case isn’t over, of course: the wrongful termination action will now proceed in federal court. The feds only kicked it over to Utah to make this determination; even though it’s a federal action, they’ll be applying Utah law. Now the ball is back and their court, and the cases will proceed to trial.

(2) I’ve always felt conflicted about laws that override the right to private property. On a basic level, a property owner ought to be able to set the terms by which people can access that property, but for a variety of reasons (some good, some bad,) we as a society are apparently okay with the idea that there are some exceptions to that. Further, for most people, the employer-employee relationship is one of unequal negotiating power. Although it appeals to my inner libertarian to want to wish away unnecessary regulations, given the very real economic hardships likely faced by these former employees, and the alleged threats of death or grievous bodily injury they encountered in the course of their jobs, it’s hard for me to argue that the employer’s property rights should carry the day here.

(3) None of the plaintiffs in this matter appear to have been terminated while carrying a concealed firearm in violation of a “no weapons” policy. In fact, there was an earlier case — Hansen v. America Online Inc. in which the Utah Court upheld a lower court’s dismissal of a wrongful termination action brought by former employees who had been observed on security cameras transferring guns into a car in a company parking lot prior to going to a shooting range after work. The Walmart court specifically cited that case as well, so it doesn’t look like Utah’s judiciary will be revisiting that decision anytime soon.

That said, going forward, the right of an employee to defend himself in the face of a threat can trump the right of a corporation to fire its employees for violating its anti-self-defense workplace policies in Utah. That’s at least a small step forward.