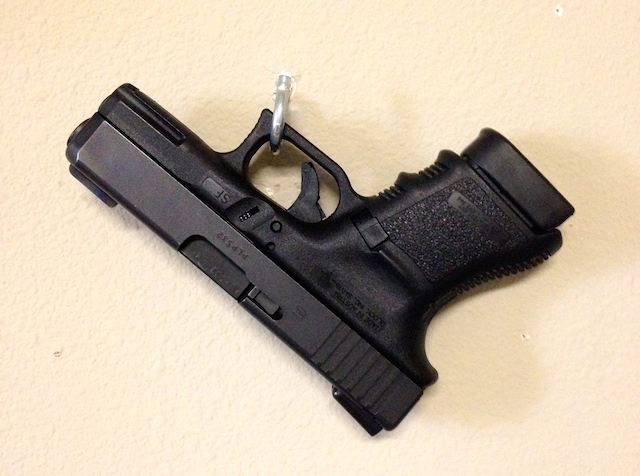 No one knows how many Americans carry a gun on a daily basis. Florida has issued the greatest number of concealed carry permit holders; some 1.2m of the Gunshine State’s 19.5m residents are good to stow. How many of those practice everyday carry (EDC)? I’d be surprised if it was ten percent. Why? I’m not sure. But I can guess. In the interest of increasing those numbers, to protect innocent life and Americans’ natural, civil and Constitutional right to keep and bear arms, here are three reasons people don’t carry a gun on a daily basis, and how to surmount them . . .

1. I don’t need to carry a gun every day

Unless you’re a gang banger or someone living/working where gang bangers bang, you’ll probably never face a threat of death or grievous bodily harm. You might, but you probably won’t. That said, if you do run into serious trouble when you’re unarmed, chances are you’ll change your mind about EDC. Hopefully, it won’t be too late. ‘Cause that would really suck.

This risk analysis reluctance to carry a firearm every day is entirely understandable, especially when you look at it on the biological/evolutionary level . . .

The brain is a beautifully engineered get-out-of-the-way machine that constantly scans the environment for things out of whose way it should right now get. That’s what brains did for several hundred million years — and then, just a few million years ago, the mammalian brain learned a new trick: to predict the timing and location of dangers before they actually happened.

Our ability to duck that which is not yet coming is one of the brain’s most stunning innovations, and we wouldn’t have dental floss or 401(k) plans without it. But this innovation is in the early stages of development. The application that allows us to respond to visible baseballs is ancient and reliable, but the add-on utility that allows us to respond to threats that loom in an unseen future is still in beta testing.

According to psychologist Daniel Gilbert (who wrote the above), experience can create quick-acting subconscious stimulus-response patterns in the amygdala (old brain) that defy neocortex (new brain) control. In other words, your rational brain is in control of risk analysis and response – right until something bad happens. And then it isn’t. And may not be again, at least in relation to the something bad that happened.

Does that mean that all gun owners who gladly carry a gun every day experienced some kind of traumatic event that created an unstoppable “carrying a gun is good” subconscious program? No, but a lot have. I was robbed at knife-point twice. Many of our readers have reported similar come-to-Smith-&-Wesson moments. But it’s important to note that these EDC-inspiring traumatic events don’t have to be “real.” They can be realizations.

A non-gun carrier can watch a TV news story about a local murder and think “Holy $hit! That’s the store where I buy my milk. That could have been me!” A woman who never carried a gun can have an “ah-ha” moment involving their children’s safety: “What if that man had wanted to take my child? How could I have stopped them?” These pro-EDC thoughts can reach down into a permit holder’s subconscious mind and trigger a deep and lasting change in their self-defense strategy.

How does a concerned friend convince someone who doesn’t carry a firearm every day – because they don’t think they need to – that they should pack an EDC? Using a calm, not-to-say-hypnotic voice, get them to imagine what might, could, will happen if they aren’t ballistically prepared for a violent assault. What would you do if your daughter was about to be raped? Light up to their lizard brain. Or wait for the real world to do it for you, while hoping it doesn’t.

2. Carrying a gun every day is a pain in the ass

Carrying a gun on an everyday basis isn’t very difficult – providing you take the time and effort to find the right gun and the right holster. There are hundreds of EDC-worthy handguns in at least four major calibers that will fit into an equally vast variety of holsters. There’s a gun and holster option for every type of body, comfort level and activity.

Actually, all that choice is the problem.

Trying to find a comfortable gun/carry system triggers Stendahl Syndrome, “a disorder that causes rapid heartbeat, dizziness, fainting, confusion and even hallucinations when an individual is exposed to an experience of great personal significance, particularly viewing art.” More widely, the term describe consumers’ “freeze response” when facing too much choice. Ever seen people standing motionless in front of the spaghetti sauce selection at the supermarket, unable to make a choice? Like that.

Only worse; choosing a gun/carry system easily qualifies as a “an experience of great personal significance.” Worse still; the chances of settling on a practical and comfortable everyday carry set-up the first time out are smaller than the chances of seeing Scarlett Johansson at Big Lots. There’s no way you can know if a carry system works without trying it in the real world. And when it fails, it hurts. Physically and financially.

The solution? Start small. I recommend that everyday carry newbies buy a “wonder 9” – a small 9mm semi-automatic handgun like the Ruger LC9 – and stash it in their front pocket using an Uncle Mike’s holster or similar. Although I prefer to carry a ridiculously expensive full-size .45 caliber boat anchor (Wilson Combat X-TAC) in an outside-the-waistband K Rounds Kydex holster, a gun owner’s first foray into EDC should be a pocket-and-forget experience. [Don’t worry. If push comes to shove, they’ll remember it’s there.]

After that, it’s a matter of choosing a comfortable holster system, then finding a gun to suit. I know it’s sounds silly, but there’s nothing wrong (and a lot right) with carrying an empty holster to see if a carry system works when sitting, driving, running, working, etc.

3. Carrying a gun every day makes me different

When you first start carrying a firearm on an everyday basis you’re sure everyone knows you have a gun – regardless of whether or not they can see it. You wonder what people would think if they “found out.” Would they think you’re paranoid? A right-wing racist? A criminal? Would they call the cops? No doubt about it: EDC can be a mentally and emotionally awkward experience. At least at the beginning.

For some people this feeling of social alienation an insurmountable barrier. They don’t want to risk being “outed” as a gun carrier, to have to defend their choice of armed self-defense. Other people try everyday carry for a while and stop, put off by uncomfortable thoughts and feelings of separation from their fellow man/woman. On the other side of the spectrum, some gun carriers couldn’t care less what people think and/or welcome the attention as a way to highlight the importance gun rights (I’m looking at you, kindly, open carriers).

Pocket carrying a small gun discreetly helps overcome this barrier to EDC, as well. A diminutive gat properly stashed feels a lot less obtrusive, both physically and psychologically. But the real key to getting over firearms alienation is to spend some time with people who carry everyday. You can do that here, in cyberspace, and in the real world, down at the gun range, where you’ll meet gun owners from a number of demographic groups. At the same time, armed defense training helps you accept the EDC lifestyle. Such as it is.

I say that because there’s no getting around the fact that carrying a firearm on an everyday basis does make you different. It makes you ready, willing and (hopefully) able to defend yourself, your loved ones and maybe even innocent life against the threat of death or grievous bodily harm. That’s a huge responsibility. But it’s also a huge, potentially life-saving advantage – that you only have if you have it.

There are plenty of good reasons not to carry a gun every day. As is your right. But there’s one compelling reasons to carry everyday that trumps them all: your life may defend on it. That’s good enough for me. You?