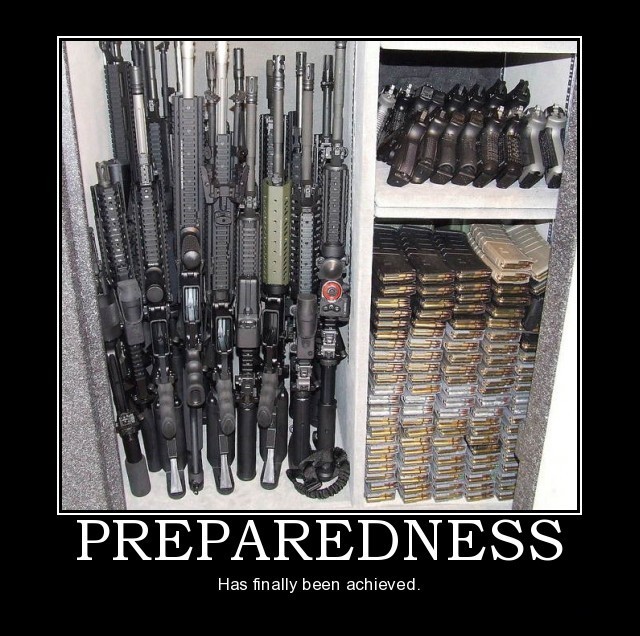 I wear a lot of hats. Father. Ex-husband. Writer. Small-business owner. Homeowner. Gun owner. When it comes to guns, some of those hats pull me in different directions. There are arguments – strong ones – for locking up your guns at all times. There are other compelling reasons that having your guns instantly accessible. Obviously, these two positions are diametrically opposed. So where’s the tipping point?

I have a couple of shotguns (loaded, with the chamber empty so I can rack it for that satisfying “SCHICK-CHICK” sound) a couple of rifles (ditto), and several handguns (locked and loaded with a hot load in the chamber). I’m in the process of acquiring more. And occasionally, I have an extra firearm or two around for reviews and testing. That’s more than some, less than others. That’s the situation. Now here are the variables:

From a legal/liability point of view, locking up my guns in a safe makes perfect sense. Keeping them away from a child is the responsible thing to do. Ditto for her friends.

Since my daughter currently lives with her mom, most of the time, this isn’t an issue. But when she visits (and has friends over) it is.

RF advocates walking around your home with a handgun strapped to your waist. I’m not quite there. But I like the idea of guns in different rooms of the house, so there’s always one nearby.

Keeping guns accessible seems like a wise idea, but that runs contrary to the safety aspect of having them secured from any visiting kids. Not to mention the risk of theft, should my house be burgled while I’m out.

So…what it comes down to for me, is when there’s nobody there but me, having the guns available sounds like the best (but yet not ideal) plan. When my daughter’s in town, I need to secure the weapons (more because of her friends than her – she’s already a responsible gun ‘owner’ and respects guns for the tools that they are. I trust her. I don’t trust her friends, not because they’ve given me any reason not to, but just as a matter of safety. And it only takes one accident to ruin and/or end lives).

So that brings me back to the question of the day: What do you think? Should you always have your guns locked up? How do you handle this problem? Is there an acceptable middle ground?