The former pacifist pumped a shotgun at the firing line.

Lore McSpadden never touched a gun before the Trigger Warning Queer & Trans Gun Club started this past year. Now McSpadden is among the shooters routinely yelling, “Pull!” and blasting at clay pigeons angling over a mowed field near Rochester.

Trigger Warning members are anxious about armed and organized extremists who seem increasingly emboldened. Their response has a touch of symmetry to it: They started a club to teach members how to take up arms.

“It’s a way to assert our strength,” said Jake Allen, 27, who helped form the group. “Often, queer people are thought of as being weak, as being defenseless, and I think in many ways this pushes back against that. And I want white supremacists and neo-Nazis to know that queer people are taking steps necessary to protect themselves.” In our newsroom, we may describe AR-15s as “semiautomatic rifles,” or sometimes “assault-style” weapons, but never as “assault rifles”—a term that typically refers to weapons with variable modes of fire, including fully automatic.

Reporters also frame stories in ways that make it clear they see gun-owning Americans—roughly 22 percent of people in the US—as distinctly other. A particularly irksome example: first-person accounts, with the reporter as a buyer, of how easy it is to purchasea scary-looking firearm (frequently a semiautomatic rifle) in “minutes” from a gun shop.

As problematic as these errors and practices are, the most pernicious challenge facing any outlet that covers gun violence, including The Trace, is one of emphasis: the blanket coverage of mass shootings, and underreporting on daily gun violence. Even as we cover attacks like those in Orlando and Las Vegas, we do so with the recognition that they are are not a good proxy for understanding the epidemic of gun violence in America. Shifting the terms of the debate . . . When the cops shot this man in a weapons raid, the entire conversation on guns in America changed

What proved even more consequential for United States politics was the way in which this clumsy and near-deadly raid was taken up by gun owners, the National Rifle Association, and concerned members of Congress. The furor came but a few years after the Gun Rights Act of 1968, a bipartisan piece of legislation made possible by a few shared horrors, including the knowledge that Lee Harvey Oswald killed the president with an NRA-promoted, mail-order gun, and that open-carry laws make for frightening displays when demonstrated by black activists.

Members of Congress expressed concern about the precedent set by the raid, which was not only injurious but conducted on questionable grounds, depending almost entirely on informant testimony. “I am thoroughly appalled by this revelation of the reckless, brutal, and inept methods employed by the Alcohol, Tobacco, and Firearms Division,” said Representative Gilbert Gude, of the Maryland district where the raid took place. “This kind of stormtrooper exercise may have been commendable in Nazi Germany, but it must be made unmistakably clear to the ATFD that it is intolerable here … In my opinion, the manner in which this search was conducted was not only unreasonable, it was high-handed and incredibly stupid, if not criminal.” These weapons of war have no place in America’s basements and back yards . . . Doctors feared dad’s eyeball would POP out after he was shot in face with a Nerf gun by his son

Steve Haddock smiled to himself as he watching his three young sons squealing in delight.

They were having the time of their lives playing with their latest toy – a Nerf gun loaded with foam bullets – and he decided to join in.

But within moments, a bit of fun in the back garden turned to horror, leaving Steve with a potentially life changing injury and fears his eyeball would pop out of its socket.

He had been shot in the face by one of his sons, but unfortunately the foam bullet had hit him right in the eye – and he suddenly couldn’t see out of it at all. 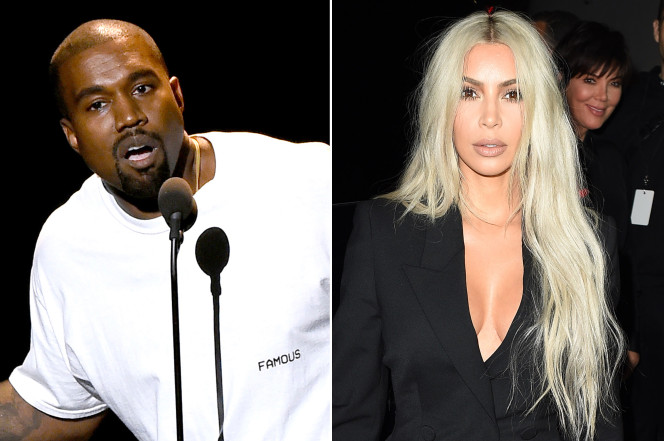 Yes, the same Kim Kardashian who thinks you shouldn’t have guns . . . Kim and Kanye’s security draws guns to scare away intruders

We’re told the trespassers were chased off the property of the couple’s Bel Air mansion on Friday morning after one suspect allegedly broke into a staff member’s vehicle at the end of the driveway.

“Their 24/7 security team drew guns on the guy and he ran for his life,” a source close to the situation told Page Six.

A spokesperson for the LAPD confirmed to Page Six that the incident occurred at 5:10 a.m. Friday. One suspect took personal items from the vehicle, but dropped the loot after Kimye’s security “startled” the suspect, another source told us. As reader Frank W. says, “Nothing like getting little Timmy a gun that can go from single shot to fully automatic by flipping a switch, has “clips” that hold 24 shots, and has bunches of modular attachments.” How long before the ATF is asked to make these NFA items, too?