“Today marks the unfurling of The Trace’s most ambitious undertaking yet,” The Trace’s email blast boldly boasts, “a year-long investigation, created in partnership with more than a dozen NBC TV stations around the country, into the rising theft of firearms from American gun owners.” Their goal to prove that . . .

Americans buy guns for self-defense → carry those guns in public or keep them unsecured and at-the-ready → get robbed of those guns → arm the very criminals they fear.

“We have a society that has become so gun-centric,” former St. Louis Police Chief Sam Dotson told us, “that the guns people buy for themselves get stolen, go into circulation, and make them less safe.” 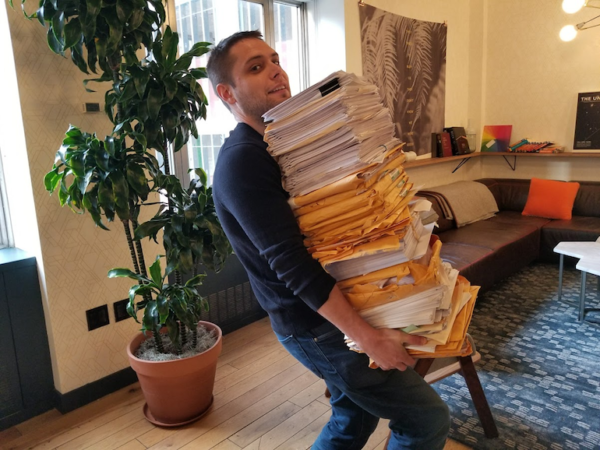 A theory that The Trace wants to promote with the help of the aforementioned NBC stations and “journalists, researchers, students, and concerned citizens.”

To that end, The Trace has published a guide to filing annoying records requests. Somehow I don’t think Michael Bloomberg’s anti-gun agitpropmeisters will get legions of unpaid workers to do their heavy lifting for them. Literally.

Regardless, this stolen guns reporting is a clear case of blaming the victim. Big style. But what else would you expect from an organization that promotes civilian disarmament for the public good?