Focusing on the minutia

When a shooter is too focused on the minutia of long-range shooting they often forget their fundamentals. The shooter stresses about variables that will have a minor effect on their accuracy — and ends up jerking the trigger.

If you want to progress, you need to focus on these basics first and move on to the advanced parts later. If you can’t shoot at least a 1” group at 100 yards consistently, it’s not time to consider the Coriolis effect. If you aren’t able to shoot your rifle without jerking the trigger, you shouldn’t be trying to shoot from advanced positions. Focusing on the target

A lot of long-range shooters fall in love with the target. That’s because their high-end scopes present a nice clear image of the target; they want nothing in this world more than to put the neat little holes in the middle. So shooters tend to stare at it.

Magnification is not your friend. With a clear, sharp image of the target in a scope, it’s all too easy to look past the reticle and focus on the target. This can cause the reticle to drift out of proper alignment with the target without the shooter noticing.

When I walk up and down the firing line of sniper students I constantly repeat a simple mantra: “focus on the reticle, steady pressure on the trigger.” Whatever the actual reason for their miss, it’s often resolved by focusing on what you can control instead of what you can’t. If you’re a long-range shooter you’re going to miss the target. Or the center of the target. When you focus too much on a missed shot, you increase the chances of missing the following shot. You can hear unsuccessful shooters discussing and analyzing their missed shot instead of discussing what they need to do to make a hit.

Spotter: Oooh, that was a little low.
Shooter: How low?
Spotter: Umm, about a foot. Did you jerk it?
Shooter: I don’ t think so. This ammo sucks/the temperature calculation is wrong/my iPhone application gave me the wrong data/etc.

That’s not to say you should ignore a missed shot. You can learn a lot about why you missed that you can use to get a hit. But once you’ve analyzed an error, even if you’re not entirely sure exactly what you did wrong, don’t focus on it. Change what you need to change and make the next shot better.

Keep it short and simple. After shooting, call your shot and reload your rifle. All that chatter about the direction of the miss, the reason for the miss and the [possible] correction required takes up valuable time. And time is not your friend, either. One example: wind.

Wind is the most difficult variable when shooting long-range. The best time to shoot is immediately after you’ve seen exactly what the wind did to your bullet. If you wait too long, the wind may change and you’ll be back to square one.

I’ve lost count of how many times I’ve seen too much attention paid to a missed shot by a shooter who then forgot to reload their rifle. By the time they were ready to shoot again, they made the worst kind of miss possible: the bullet didn’t even get closer to the target because the gun didn’t fire. 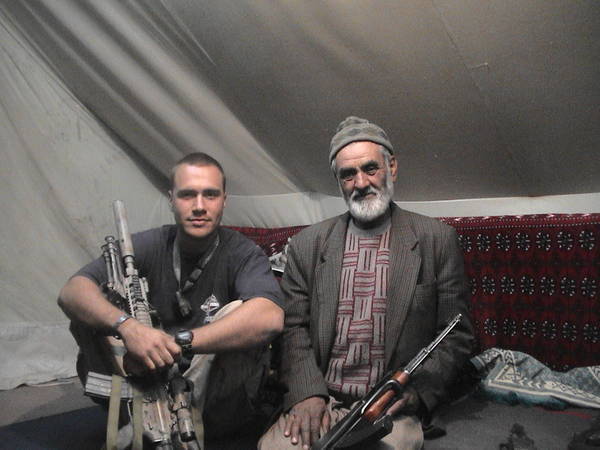 When I was taking the U.S. Military’s Special Operations Target Interdiction Course (SOTIC), I learned to accept an inarguable fact: the previous round was down-range. There was nothing I could do to bring it back or change the miss into a hit. I learned to let it go. To go back to basics and focus all my attention on getting them right. To make the next shot count. It’s a lesson that’s helped me both on and off the range.

Ryan Cleckner was a special operations sniper team leader in the US Army’s 1st Ranger Bn (75th) with multiple combat deployments and a sniper instructor. He has a series of basic online instructional videos (more to come shortly) and his book, Long Range Shooting Handbook, is available for pre-order at Amazon.