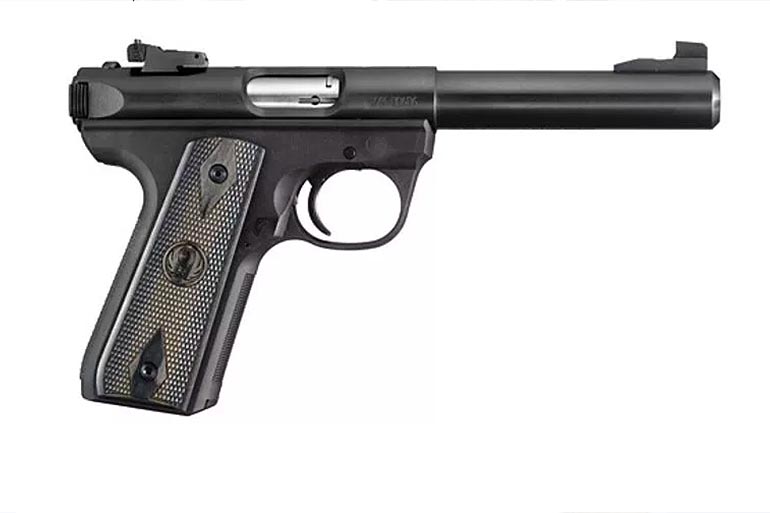 A .22 pistol is some of the best and cheapest fun you can have with your clothes on. Which one, though, to buy?

Partially, that depends on the intended purpose. Some are good all-arounders and others are better for specific uses. The ones that attach to a belt buckle probably aren’t good for too much at all.

With that said, here are six slam-dunk .22 pistols that are great additions to almost anyone’s collection.

The Heritage Rough Rider is a single-action revolver patterned after the classic Colt Single Action Army, aka the “Peacemaker.” They make a small number of big bore models (mostly in .45 Colt and .357 Magnum) and a larger number in .22. The ones to acquire are the Combo models.

The Combo guns – available in 4.75-inch and 6.5-inch barrel lengths and multiple finishes – have swappable cylinders. Since the Colt SAA design uses a pinned cylinder, you can swap them out easily. These guns will let you shoot .22 LR or .22 WMR, in case you want to step up to the hotter stuff for small game or even self-defense.

They won’t win any competitions and you have to reload every six shots, but fun doesn’t come any cheaper, as most models go for $300 or less — a lot less — in stores. Many for less than $150. 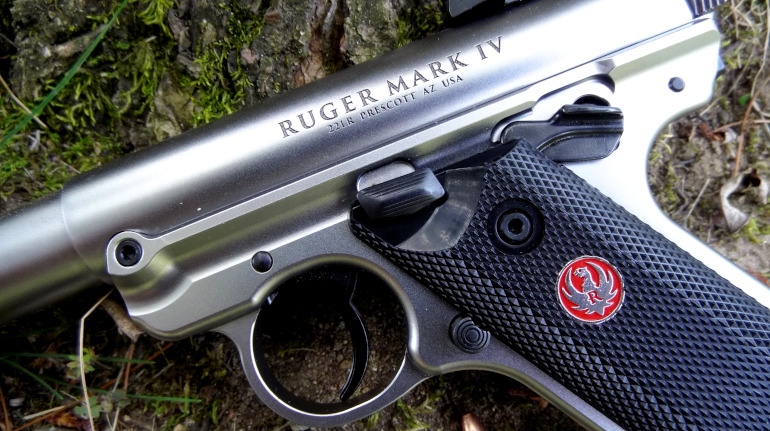 A multitude of models exist to suit almost any sensibility. Tactical models with rails and black finish galore. Target models with bull barrels and target sights. Bog standard guns ready for all the plinking your heart could desire. The 22/45 line with its 1911-inspired grip angle and control scheme.

It’s the standard by which all other .22 LR pistols are arguably judged. The Walther P22 is one of the most popular rimfire pistols on the market, as you will find few gun stores without one on its shelves. Walther is known for making some of the most comfortable pistols on the market and this is undoubtedly one of the better plinking pistols available. Since they’re commonly available for $250 or less, it’s a heck of a lot of inexpensive fun.

Some people even carry the compact models for self-defense. It may not be the best semi-automatic for that purpose, but with good shot placement…the .22 Long Rifle is better than any gun you left at home.

You can choose either a compact model with a 3.42-inch barrel or a target model with a 5-inch barrel. A threaded-barrel adapter is available if so desired, as are numerous other accessories.

An ergonomic grip (no one does that better than Walther) makes it comfortable in the hand. Unusually for most .22 pistols, the P22 is double-action, with a slide-mounted de-cocking safety. All of the service pistol fun in a rimfire. What’s not to like? Ruger and Browning pretty much owned the .22 semi auto market for years — decades, even — until in 2016 Smith & Wesson introduces the SW22 Victory.

The Victory looks like the lovechild of a Buck Mark and a Ruger Mark pistol. The SW22 is now available in four standard models as well as four additional tricked out Performance Center versions to suit any shooter. And there’s a threaded barrel model if you want to screw on a suppressor.

With its affordable price, excellent trigger and tons of customization options, it’s a worthy competitor to its more established .22 semi brethren. Most people can’t (or won’t) justify dropping $900 on a .22 revolver. But if ever there was a gun that made that kind of investment attractive, it’s the Model 17.

Built on the medium size K-frame, the double action revolver steadies the hand and produces virtually zero recoil. It has an adjustable rear sight and is almost unrivaled as a plinking or small game gun.

Low-tech? Sure. But the Model 17 is unquestionably beautiful to look at and incredibly practical as this pistol makes for some easy, fun shooting on the range and in the field. The only hitch is the price tag, but your great grandchildren will be glad you bought one. John Moses Browning designed the highly regarded Colt Woodsman .22 pistol, which is unfortunately no longer in production. However, at least one .22 pistol still bears his name, the Browning Buck Mark. It has Browning DNA, as JMB’s grandson Bruce Browning used the Woodsman for the basis of the Browning Nomad and Challenger pistols, which informed the design of the Buck Mark.

The Buck Mark is available in a wide range of finishes and appointments, so there’s enough choice to satisfy almost any taste. Want to get tactical? Half the lineup has an accessory rail. Want bare bones? There are a few models like that too.

The Buck Mark is known for being incredibly comfortable to shoot, accurate, reliable and with prices as low as $389 MSRP, one of the better .22 semi-autos choices out there.