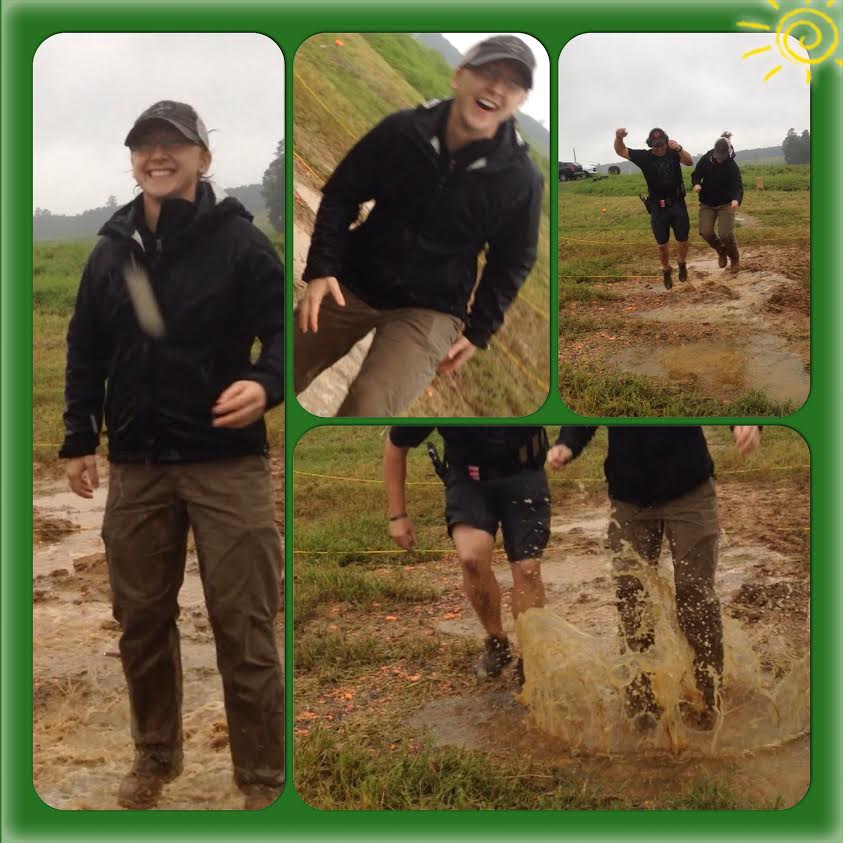 At some point in the last few years, I started taking competitive shooting too seriously. When I first started shooting competitively, every weekend was something to look forward to, and even a one-day local match that didn’t count for anything got me pumped up to play! I anticipated the challenge of the stages, the time spent outside, and the post-match dinner with friends. And a major USPSA match, especially one that required travel? Forget about it – this was the peak of the season, and something I would look forward to for months. Never mind the fact that I was terrible at shooting. I was having fun! . . .

I started getting better (or at least better enough that I quit embarrassing myself), which made me want to improve even more. I started to care about my classifier scores as I crept out of D class, into C class, and ultimately into B class. I compared myself to other female shooters and tried to beat them. But the size of the smile on my face was inversely proportional to the amount I cared about my performance. It wasn’t as fun as it used to be.

Then I discovered 3-gun and that big smile came back! I was officially terrible at this new sport, so every match was once again simply an opportunity to have fun. Major matches required road trips halfway across the country and were big adventures. I made new friends, gained new skills, and had a blast!

Then I got better and started caring about my performance again. And I got sponsored. And suddenly I found myself saying “I have to go practice” or I have to go to this match” or “I have to work this tradeshow” instead of “I get to.” I got exposed to industry business concerns and 3-gun politics and shot more major matches than I could count.

Don’t get me wrong – there are TONS of benefits to being a sponsored shooter, the most important of which is gaining a family of teammates to travel with, joke with, and practice with. But at some point, shooting stopped being a game and started being work. It stopped being fun.

So I took a break. I went from October to Christmas last year without even opening my gun case from my last match of the year. It was enough time off to get me excited to prepare for the 3-Gun Nation Pro Series. I shot a few matches earlier this spring but the drama was high and the joy just wasn’t there. So I took another break.

I left my guns locked in the case again from mid-May till August 1st, when I shot the local monthly Tarheel 3-Gun match in the pouring rain with the staff and a few other friends. There was no pressure to perform. No TV cameras. No stress over qualifying for something; no money on the line; no guns on the prize table. Just a handful of guys who were there because they wanted to be there, simply because they love the sport. It was a refreshing change of pace.

Frankly, I shot better that weekend than I have in a long time, but I don’t really care about that. What makes me happiest about that day is that I was happy. I had fun. I laughed, I smiled, and I stomped in the biggest mud puddles I could find.

Then last weekend I shot the 3-Gun Nation Midwest Regional in Kentucky. (One-handed because I had a broken pinky.) Even before the match started, I knew I was in zero danger of winning due to my injury, so I was able to relax and just have fun. Plus, there was no shortage of mud to stomp in, which made the kid in me a happy camper.

Why so serious? I really don’t know. But after these last couple matches, I’m gonna quit being so serious and go back to just having fun, hopefully with a few more puddles to splash in along the way.

[I’ve been silent on this website for quite some time, while I took a much-needed break from shooting.  But it’s good to be back!]