While visiting the Accuracy International Booth, I happened to meet British sniper Sgt. Craig Harrison, who is officially credited with the world’s two longest sniper kills: 2,475 m (2,707 yd). Sgt. Harrison now works for AI and was at the show promoting a new rucksack (aka “bergen”) and sniper drag bag that he designed based on his experiences in Afghanistan.  He was also promoting his highly anticipated new book, “The Longest Kill: the Story of Maverick 41.” According to Wikipedia, the events of November 2009 went down like this . . .

Harrison consecutively struck two Taliban machine gunners south of Musa Qala in Helmand Province in Afghanistan at a range of 2,475 m (2,707 yd) using an [Accuracy International .338 Lapua]  L115A3 Long Range Rifle. In a BBC interview, Harrison reported it took about nine shots for him and his spotter to initially range the target successfully. Then, he reported, his first shot “on target” was a killing shot followed consecutively by a kill shot on a second machine gunner then a third which disabled the machine gun. Sgt. Harrison’s book will recount the story in detail, but I learned a few interesting details from talking to him.

First, he was using a Schmidt & Bender 5-25 scope set on 15 power. Because that scope has a FFP reticle that covers up the lower half of the reticle’s stadia when the scope is set to 25x, he had to dial it back to 15x in order to use the full range of the stadia.

Second, contrary to what you might have otherwise assumed, Sgt. Harrison was standing when he made the shots, and was resting the rifle up against a wall of a building.

Third, the flight time of the bullet was about six seconds, and so he fired the second kill shot before the first had even reached its target.

In any event, here are some photo’s of the new rucksack.  It is based on the classic British military issue bergen, but has key modifications to make it easier to combine it with a sniper drag bag.  Its a rugged piece of kit that appears to much better built and padded than anything I had ever seen for military use. 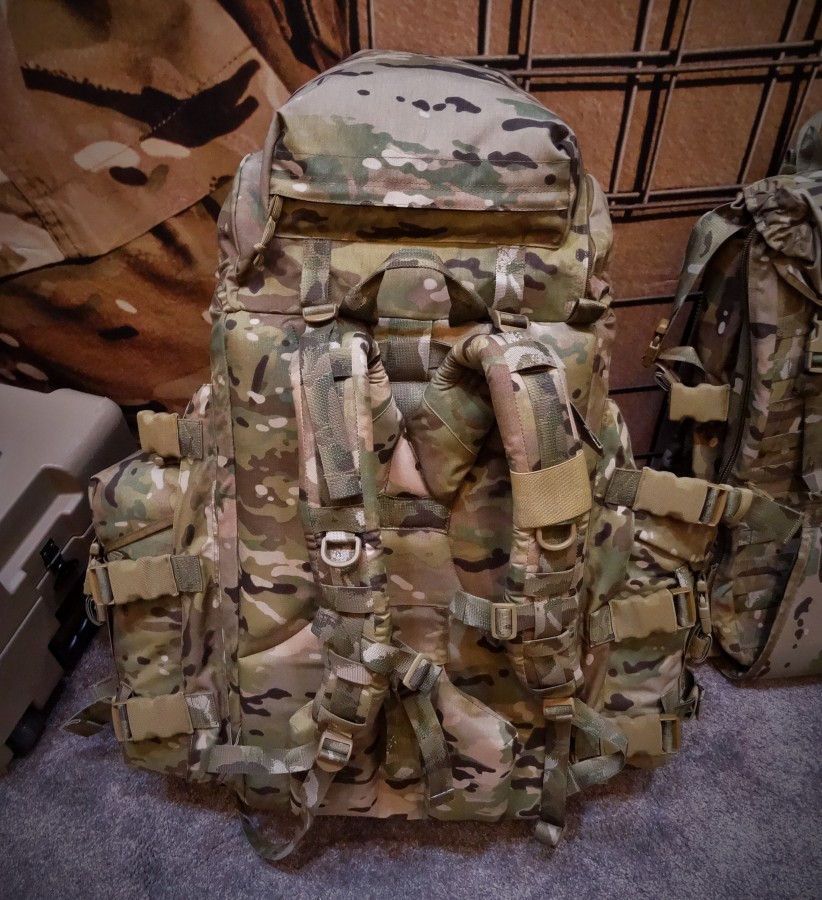 The Bergen and drag bag both feature the “Maverick 41” logo, as well as the Accuracy International identification: In this photo, you can see how the drag bag connects to the bergen without having to remove the shoulder straps.  It wasn’t until I processed these photos did I notice that the tattoo on Sgt. Harrison’s trigger finger says “Fate don’t fail me now!”: 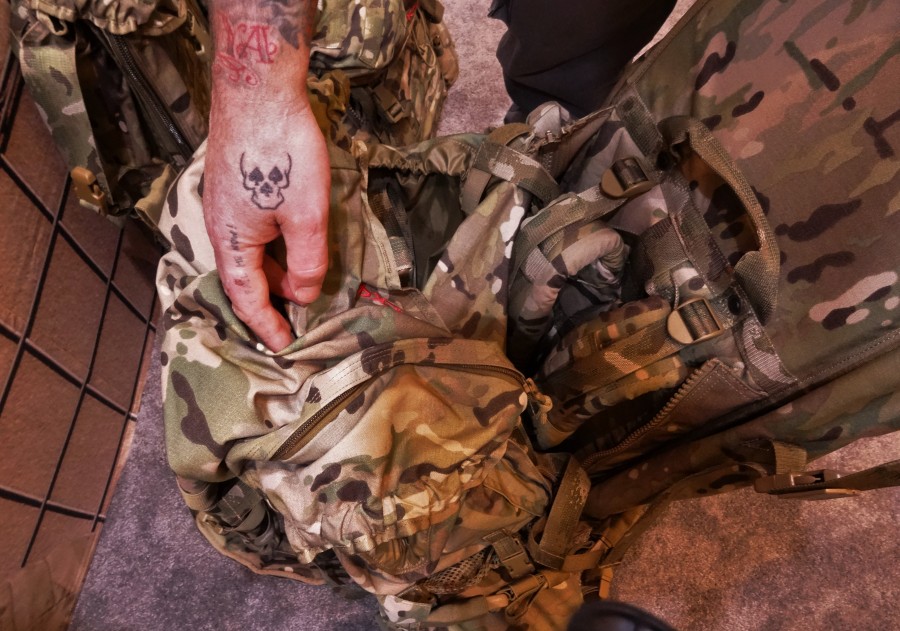 And, finally, for those of you that are curious about what his tattoo on his left hand states, here you go: