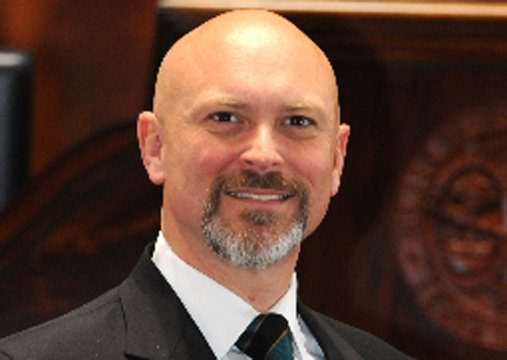 Alan Clemmons, a South Carolina state representative, is introducing a bill to require South Carolina schools to institute a Second Amendment education curriculum, reports WMBF News. “Rep. Clemmons said he first thought of the idea after hearing about the Summerville student who was punished for writing a fictional story about shooting his neighbor’s dinosaur. The Second Amendment Education Act of 2015 would give students the opportunity for reasonable expression of the Second Amendment at school without fear of punishment. ‘If we let that go unchecked, the second amendment will cease being a freedom enjoyed under the United States Constitution,’ Rep. Clemmons said.” . . .

Three weeks of a high school student’s coursework on the Constitution would be dedicated to learning about why the right to bear arms was included in the Bill of Rights.

Surprisingly, not everyone is excited about the idea:

However, some say what schools really need is more gun safety education rather than spending classroom time on solely the second amendment and its history.

I suspect that the phrase ‘gun safety’ as used in the article is really just a euphemism for gun control and other civil rights violations. Nevertheless, it does bring up a good point: education in the abstract is certainly important, and stopping infantile school policies that resulted in the dinosaur story incident described above is important, but nothing teaches or convinces people quite like practical experience.

If Mr Clemmons really wants to further the cause of gun rights in this country, mandating three weeks of dry lectures about redcoats, the rights of 18th century British subjects, and the theory behind our constitution isn’t enough. It would be much more helpful to offer actual training on firearms safety and use. The students may remember some of that dry history and theory. Bu they will definitely remember that time in school when they learn how to safely handle a firearm and hit a bull’s-eye at 25 yards with a .22 rifle.

Since it often seems that the people most in favor of gun control are the ones who have the least experience with firearms (and thus are much more susceptible to outright falsehoods on the topic) a little practical training and experience will go a long way toward helping to secure our liberties as opposed to a few classroom lectures. Am I right?