Savage Arms enjoys a solid reputation for making affordable, yet highly accurate bolt-action rifles. As you’ve probably caught wind of by now, they’re about to release their first line of modern sporting rifles (ARs). Dubbed the MSR, cleverly short for Modern Savage Rifle, they’ll be available in three different calibers in four different rifle styles. TTAG has the full scoop and lots of photos to share… The MSR 15 Patrol is Savage’s entry-level AR-15 with an MSRP of $849. It’s fully-loaded with features and specifications you wouldn’t expect at this price.

Unknown to many, Savage has been manufacturing AR barrels for other companies for a long time. When it came to their own MSRs it looks like they pulled no punches. Even the base model Patrol here sports a .223 Wylde chamber, 1:8 twist 5R rifling, Melonite QPQ finish on 4140 steel, a mid-length gas system, and “Savage’s trademark zero-tolerance headspace control.” Mating into that is a carpenter 158 bolt on an M16 carrier.

Moving to the outside, it’s BLACKHAWK! furniture all around. 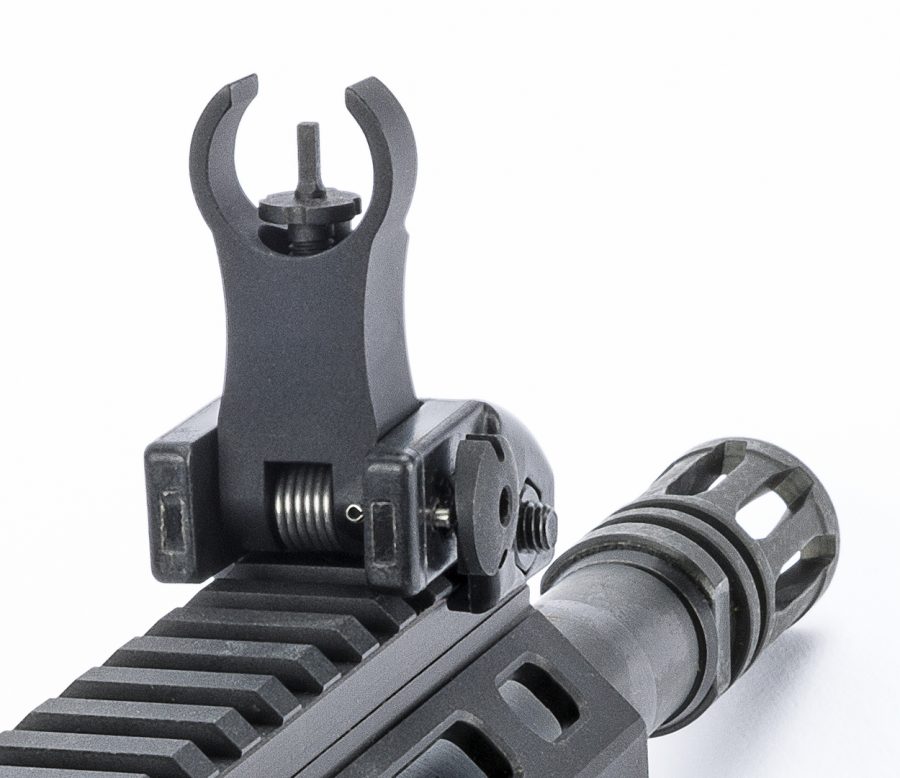 The MSR 15 Recon carries an MSRP of $999 and receives various upgrades from the Patrol. Most notable are the custom-machined lower receiver, free float M-LOK handguard with flip-up front sight, and BLACKHAWK! AR Blaze trigger. Upper and lower are custom-forged from 7075-T6 aluminum and hard coat anodized. Inside that upper is an E9310 high-pressure-tested bolt with dual ejectors. The carrier and charging handle are Savage’s own, as is the forend, which Savage says locks so tightly to the upper receiver that a scope mount can span from receiver to forend with no degradation in accuracy. The star of Savage’s MSR show, though, is probably the MSR 10 Long Range. MSRP here is $2,284 and for that price Savage adds a Magpul PRS Gen3 stock, a BLACKHAWK! AR Blaze 2-stage trigger, a rifle-length+ adjustable gas system, and a side charging upper receiver with non-reciprocating charging handle. Barrel length is 20″ in .308 and 22″ in 6.5 Creedmoor, weighing 9.75 and 10 lbs respectively.

Given Savage’s reputation for accuracy and their assurances of paying extremely close attention to barrel and headspace tolerances in the MSR line, we’re certainly excited to put these rifles through their paces. Both the MSR 15 and MSR 10 lines hold a lot of promise on paper and look to offer an extremely solid value for the dollar. Next stop, SHOT Show.