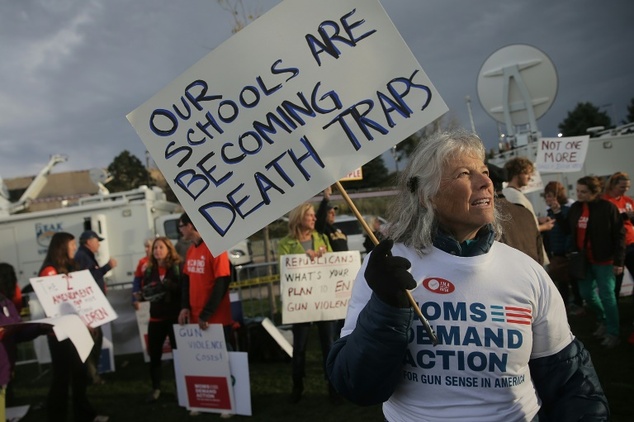 When I talk to women who support gun control, I pose a simple thought experiment. You’re sitting in a room. There’s a gun on the table in front of you. A large man comes into the room with a knife to rape and/or kill you. Do you pick up the gun? I get a range of interesting responses . . .

Some dodge the question. “We’re not talking about that!” Some change the subject. “I want to stop people from turning to a life of crime.” Some say they’d run — and then refuse to address a scenario where they couldn’t escape. “There’s always a way out.” Some say they’d use the gun, but wouldn’t fire it. Some say no, they wouldn’t pick up the gun.

I don’t argue. I simply re-ask the question introducing a new variable. You’re sitting in a room with your children. There’s a gun on the table in front of you. A large man comes into the room with a knife to rape and/or kill you and/or your children. Do you pick up the gun?

TTAG writer Jon Wayne Taylor is a proficient martial artist. He reports from the dojo what I’ve seen on the streets: there are people who simply give up during a violent encounter. Chef don’t judge. That’s the way some people are wired. In the face of [what they perceive to be] insurmountable odds, they become passive. It’s not a conscious decision. It’s a subconscious reaction.

You could also call it instinct.

While we tend to focus on the impact of conscious thought on our lives, humans are creatures of instinct. Most of these instincts are completely hidden — like the software code underpinning this word processor. These hidden stimulus -> response patters allow us to tap into higher brain functions.

Some instincts are stronger than others. As anyone who lives in bear country will tell you, the maternal instinct is one of the strongest. It can make a fearful woman fierce, in the blink of an eye.

From an evolutionary point-of-view, a mother’s desire to protect her children at all costs makes perfect sense. It takes nine months to create a child, and a lot of years and resources to get that child to the point of self-sufficiency (especially when compared to other animals). We are programmed to protect our progeny.

And why not? Children are how the species survives. And how we, as genetically unique individuals (save twins), achieve a kind of immortality.

Losing a child is a big deal. Perhaps the biggest. Which is why even the most passive woman can become hyper-aggressive — you might even say irrationally aggressive — when a child is confronted with injury, rape or death. That’s why virtually all women will pick up that gun and shoot the bad guy if her child (or perhaps someone else’s child) is in danger.

Moms Demand Action for Gun Sense in America — a wholly owned subsidiary of the male-dominated Everytown for Gun Safety — taps into these maternal instincts. Born from the Sandy Hook slaughter of 20 children, Moms convinces women that they need to protect their (and others’) children before they can be raped, injured or killed. By restricting or banning civilian firearms ownership.

You and I know that Moms Demand Action is on a fool’s errand. Society can no more disarm criminals than it can eliminate cockroaches. But we can appreciate the maternal instinct that lies beneath this deeply misguided mission; a cause so wrong-headed that its followers fall into the kind of unintentional irony on display at the top of this post.

Meanwhile, women are arming themselves. As they should. A gun is the great equalizer: the most effect tool for personal self-defense ever invented. Men who understand that fact, men who aren’t abusive or suffer from misogeny, are entirely supportive of women who carry — or at least have access to — a firearm. In fact, they encourage it.

Again, this is a function of evolution. The People of the Gun want our women (sorry for the possessive pronoun but there it is) to protect our/their children, so that our/their genetic line can continue. We view armed women as natural, and their ability to defend themselves by force of arms their natural right. Which it is.

That said, I don’t want to take the “magic” out of motherhood. There is something profoundly moving and, in the case of women who didn’t bring us into this world, sexy about an armed women. For those of us with a strong moral compass, an armed women is a strong woman, worthy of respect and admiration. A woman who appreciates the beautiful fragility of life. A woman who stands ready, willing and able to protect it.

In short, armed women help make the world the place it should be. Happy Mother’s Day.