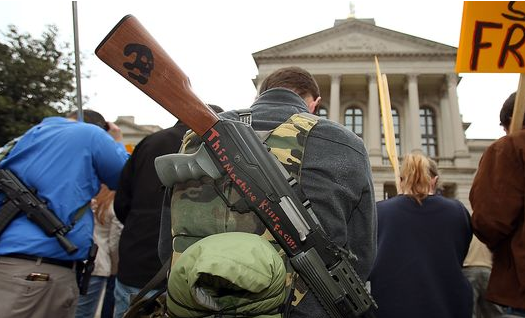 “The [Southern Poverty Center] predicts the ongoing gun-control debate will continue to fuel anti-government anger and swell the ranks of the radical groups. The groups generally believe the federal government is conspiring to confiscate all guns and curtail personal liberties, the center says. Some of the groups have threatened politicians who have proposed gun-control measures, the report says.” Record number of anti-government militias in USA [via usatoday.com]