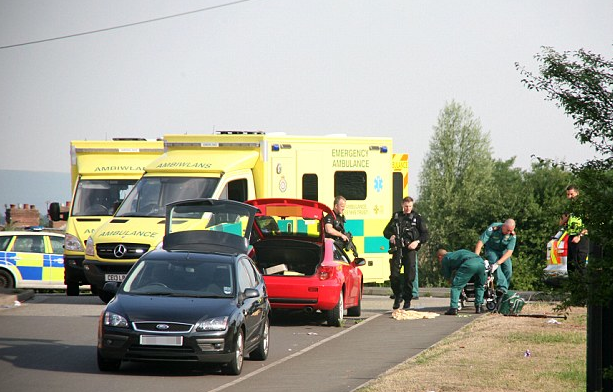 “It is ridiculous that he was left with guns in the house after the police knew there was trouble between them. Why didn’t they take his guns before it was too late?” – Neighbor quoted in Pictured: Moment paramedics deal with aftermath of double-shooting after estranged husband ‘killed wife with shotgun during meeting to exchange belongings’ before blasting himself in the face [via dailymail.co.uk]