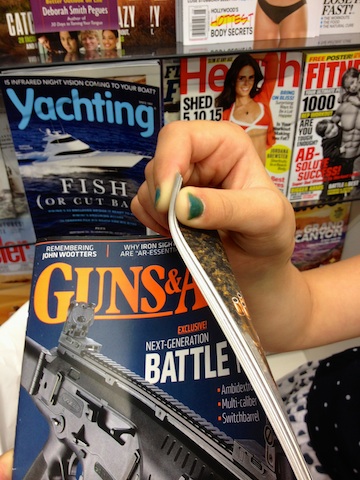 I was surprised to encounter Guns & Ammo at Tampa International the other day. Even in the Gunshine State I reckoned the odds of seeing the buff book at “America’s favorite airport” (but not mine) were slim. But not as slim as the magazine itself. Given G&A’s sylph-like size it’s becoming increasingly clear that gun mags’ days are numbered. Did you buy G&A back in the day? Do you now? Or has the Internet killed the plethora of printed pubs that once towered on a corner of your gun bench?