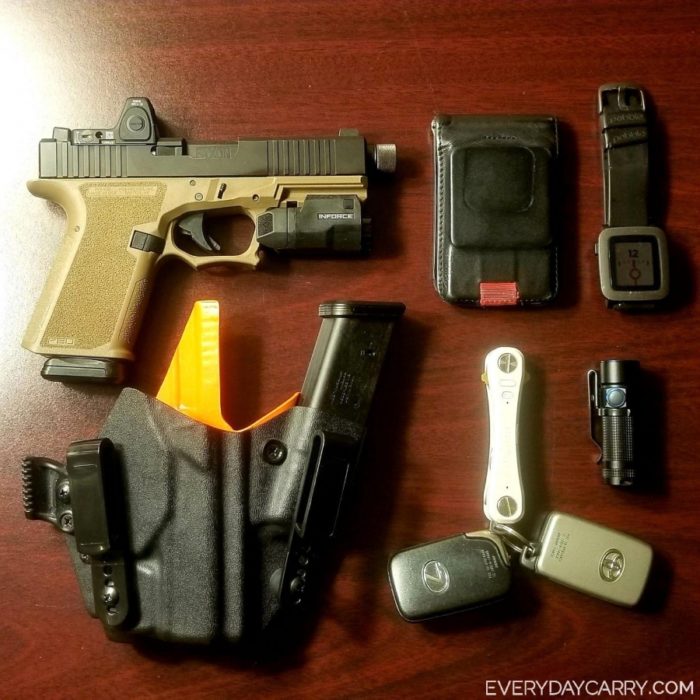 This pocket dump is a bit unique because the gun involved is a Polymer80 PF940C. The Polymer80 80% frames require you to use a drill press to finish the gun. I have some myself and will attest to their being great builds as long as you pay attention to detail. So, here’s the question. Do you guys things an 80% frame is a good idea for concealed carry? Why – or why not?