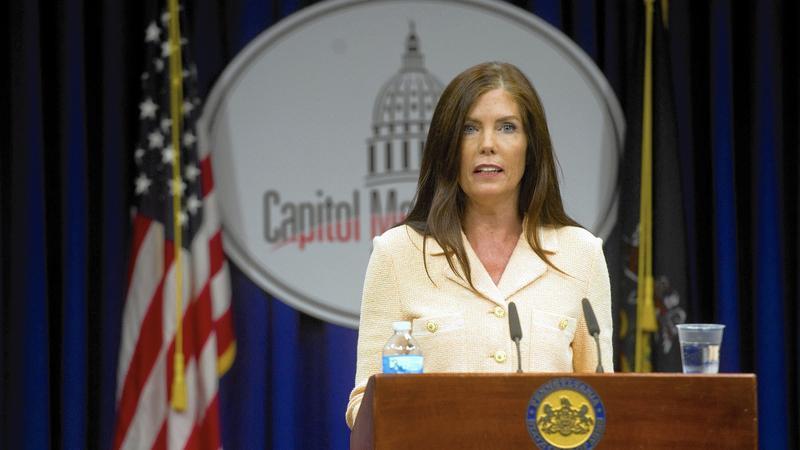 Plutocrat Michael Bloomberg liked the style of Pennsylvania Democrat Kathleen Kane so much that he threw $250,000 at her 2012 campaign for Attorney-General. After she won election, Ms. Kane began paying off Bloomberg’s patronage, by going on a tear, restricting firearms license reciprocity with states such as Idaho and Utah and Florida, in part because either she or her patrons didn’t like the idea of an out-of-stater acquiring a license from Florida or Utah and using it to carry in the Keystone state. Even though the licenses are still good for Florida and Utah residents. (Idaho is still verboten — I’m still not clear why.) Kane has more pressing things on her mind right now . . .

Pennsylvania’s AG has been in a bit of a scandal concerning her involvement in the unauthorized release of information from a 2009 grand jury investigation involving some of her political opponents. How bad is it? Well, last month, she was indicted for “obstructing administration of law or other government function, official oppression, criminal conspiracy, perjury and false swearing.”

Then her erstwhile Democrat allies began pulling their support. The Pennsylvania Supreme Court has apparently just decided that it’s also had enough: the Allentown Morning-Call reports that Pennsylvania’s top legal official is now temporarily suspended from the practice of law.

The court’s 5-0 ruling, issued today, means Kane must surrender her law license — which she needs to do her job — under an “emergency temporary suspension” sought last month by the court’s disciplinary board for lawyers. In a one-page order, all justices agreed with the board that the perjury and related charges Kane is facing for allegedly orchestrating and lying about a grand jury leak have her damaged her ability to oversee the statewide criminal and civil justice functions her office provides the commonwealth.

Technically, Pennsylvania attorneys general must be licensed to practice law, although the court went out of its way to state that it was not barring her from holding the job. Still, it looks like some tough going for another gun control supporter. Of course, it’s par for the course as far as Bloomberg allies are concerned.