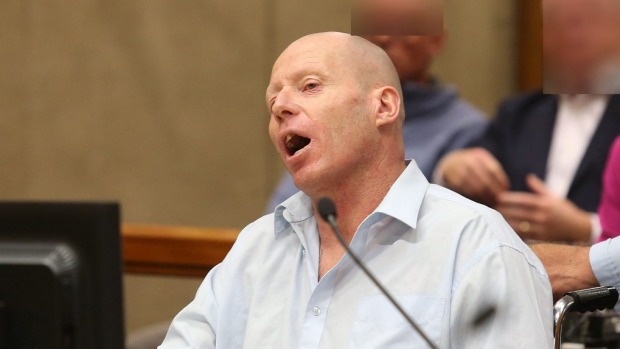 “Neville Ngaiterangi Tahere, the Ashburton Work and Income security officer, said he had contact with [Russell] Tully before the shootings,” stuff.co.nz reports. “He kept a daily log book which included details of Tully being trespassed from the office in early August. On Friday August 29, Tully came in for an appointment in spite of the trespass order . . .

On September 1 he took his usual post at the kiosk near the front doors. Just before 10am he saw a man inside the office, but had not seen him come in.

“He had a gun, and he aimed it deliberately and fired a shot.”

He shot at Peggy Noble, and then walked on towards the back of the building where he stopped, turned, and fired another shot with what he thought was a pump-action weapon.

There are times when a target of a violent attack can do nothing to forestal that attack. Specifically, when they’re ambushed. This is not one of those times. Not only could Mr. Russell’s murder spree have been prevented before it occurred — had Mr. Russell been jailed — but during the attack as well. The security guard for one. Other people in the area for another.

Lucy Annabel Waller said the gunman had walked past her, at a distance of less than a metre as she stood waiting behind a customer at the reception desk. He appeared to be staring straight ahead . . .

She said she had gone to the Work and Income office to deliver a document and was waiting in front of the reception desk, when she saw a man in work boots come into the office. She saw he was wearing a black balaclava which was “a bit wonky”, and he was holding a gun beside his leg and it was pointing to the floor.

She said the gunman walked briskly past her, lifted the shotgun and fired it at the receptionist.

The fact that Ms. Waller froze leads one to believe she probably couldn’t or wouldn’t have stopped the gunman if she’d been armed. It’s also true that an armed civilian has no legal obligation to protect innocent life (and thus put themselves in harm’s way). Then again . . . no one was armed in the building. A building with a known threat.

We can debate the morality, legality and efficacy of gun confiscation for people served with any sort of restraining order. One fact remains: being disarmed in the fact of a lethal threat is a bad idea. Anything or anyone that prevents armed self-defense puts people’s lives in danger.