Sir Roger Moore, KBE, passed away after a short battle with cancer yesterday at the age of 89. The British actor was most famous for proudly carrying the Walther PPK of Britain’s most deadly MI6 operative, Commander James Bond, a/k/a Agent 007. 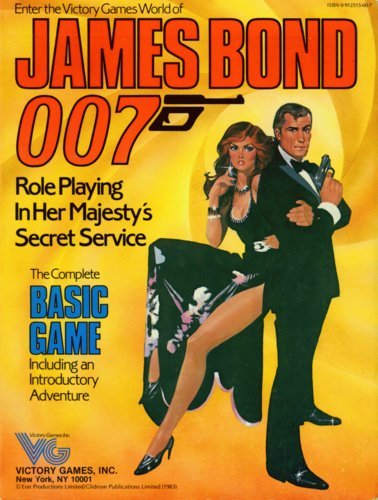 Sir Roger leaves behind an impressive body of work in action movies and television that featured his wit, finesse, and acting talent. As a result, he can be seen carrying much more than just the underpowered little Walther.

So, with the Internet Firearms Movie Database in one hand, and the Victory Games Q Manual in the other, let’s take a trip down memory lane and look at three of his films that you may not have seen, and the guns that he wielded.

Did I say James Bond carried a PPK during Sir Roger’s tenure? He did, but in 1983’s Octopussy, 007 carried the 9mm P5. Word on the street is that Walther wanted to market the P5 to German police agencies, and asked the producers of the film to have 007 carry the larger-bore handgun to highlight it.

Unfortunately for Walther, the fact that Bond wielded a P5 was never made clear. After meeting up with Q at a MI6 safe house in India, Bond mentions that he’s “misplaced his PPK,” but there’s no follow-up. When he’s later seen with the P5, well, most people probably just assumed that it was another PPK, since at a glance, as the two look so similar.

The film itself involved a Soviet general’s plot to subvert the NATO alliance in concert with a group of jewel thieves and circus performers from India. (It makes more sense in context.) It’s not a bad Bond flick, although, befitting its sophomoric title, it isn’t afraid to go lowbrow for humor’s sake. It also represents one of the last times that the Russians were treated as the Big Bad Guys in a major British work of fiction prior to the rise of Louise Mensch.

But Bond uses his unidentified P5 to good effect, taking down quite a few Red Army soldiers and assorted other henchmen.

Unfortunately for Walther, although around 100,000 copies of the P5 were made, production was ended in 1993 and the German armsmaker followed the path cut by its neighbor in Austria, focusing on striker-fired plastic fantastics. The Wild Geese was one of those movies that looked like it was fun to make, is actually fun to watch (if you don’t mind not thinking too hard about it) and everyone involved tries to pretend that it didn’t happen after the fact.

Not a James Bond movie, it centered on a group of mercenaries sent to Central Africa to rescue a western-friendly African politician who had been kidnapped. The film was shot in pre-entertainment-industry-boycott apartheid-era South Africa.

Wikipedia reveals that the story was based in part on rumored events involving a mercenary from British India called “Mad Mike” Hoare, a pro-western politician from the Congo named Moise Tshombe, and what was then known as Rhodesia (now Zimbabwe). As a result, the film has a somewhat politically incorrect air about it. Your mileage may vary if you think that’s a fun in these politically correct times.

For this outing, Sir Roger sported another Walther, this time a 9mm P38 equipped with a suppressor. He played the role of mercenary pilot Shawn Fynn and drew the gun while trying to take over an old Douglas Dakota plane at an airfield in the bush.

The casting is also worth a mention — one has the sense that the director asked for (and got) the most manly, testosterone-laden actors left in Britain in the 1970s, some people from Southern Africa (please, throw in at least one Afrikaner,)  and one gay guy. Overall, it’s a decent action flick featuring a heartwarming scene where the musclebound Boer mercenary ultimately realizes that all men are brothers regardless of the color of their skin. Sir Roger had been playing dashing, suave, secret agent ladies man types in the 1960s, and he became even more typecast when he got the Bond role in 1973’s Live and Let Die. Ffolkes turned all of that on its head.

The titular lead character, played by Moore, was a woman-hating, cat-loving, bearded eccentric that people only put up with because he was good at what he did: counter-terrorism tactics. Lloyds of London hires him to help secure oil platforms in the North Sea against terrorist attacks.

As you’d expect, terrorists inevitably attack, and Ffolkes is called in to save the day. The character is such an iconoclast that I think he had to carry an American 1911. Somehow the movie just wouldn’t have worked with a stylish European sidearm.