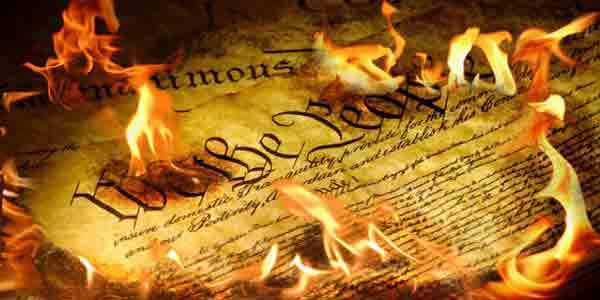 I don’t think I am alone when I say the National Firearms Act’s rules are unconstitutional and really does nothing to enhance public safety of society. If the restrictions were applied to any other amendment the public would be justifiably outraged. Moreover . . .

We have a litany of court cases that can be applied to the NFA and other gun laws that show these Draconian measures are not only ineffective, but illegal under the US Constitution.

Let’s start out with one of the most glaring legal problems as I see it with the NFA.

To register a firearm in accordance with the NFA’s rules the first thing you have to do is pay a $200 fee for a tax stamp ($5 for an AOW weapon). Taxes have been applied to our rights in the past. One was when people went to vote.

When minorities were first granted the right to vote they were also charged a “poll tax” in order to exercise their right.

These taxes were made to discourage and prevent the right to vote by blacks that were awarded that right through the fifteenth amendment. Poll taxes were also set up to stop poor white people from voting too. This is what the NFA was created to do as well. It was put up in 1934 so the rich could still get their firearms and everyone else would be stripped of their right by using economic measures.

This method worked for many years until Harper v. Virginia State Board of Elections took place in Virginia in 1966. The United States Supreme Court ruled that you can not be charged a fee to exercise your right to vote.

This basically means that the right to vote cannot be tied to wealth.

Yet this is what the NFA does in relation to the Second Amendment. By forcing people to pay for a tax stamp the government is also discouraging people by adding undue economic burden to that person.

It might seem like $200 is not a lot of money, but you have to remember that the tax was added in 1934. If you adjust for inflation that would be equal $3,658 in today’s money. Because of the tax burden I think this violates the Equal Protection Clause as laid out in Harper v. Virginia State Board of Elections.

This is only one Constitutional problem that I see with the NFA. Another issue is that before you can own any of these weapons you must get permission from the government. The Constitution does not grant us rights. The Constitution only acknowledges rights we are endowed with by our creator.

In the words of Jefferson the people are “endowed by their Creator with certain unalienable Rights.”

This principle was not only what Jefferson thought, but was a common idea shared by all the founding fathers including James Madison, who wrote the Bill Of Rights.

Sir William Blackstone and his book, Commentaries on the Laws of England: Book 1 The Rights of Persons, was one of the role models that James Madison took inspiration from when he was writing the Bill Of Rights and Blackstone was a big proponent of “god given rights”.

So if the people who came up with the amendments had the ideas that the rights that they laid out were endowed to us by the created and not granted to us by the government then why do we have to ask permission to that government to exercise our rights?

Imagine if you had to apply for government permission to exercise your right to free speech or if you had to pay a tax, get fingerprinted, have mugshots taken, and have a background check before exercising your first amendment right to be a Muslim. There would be an uproar.

The ACLU and every other liberal group would be coming to the aid of those whose rights were violated. Since our rights are not the ones they like, these so called civil rights groups will not come to any gun owners aid.

Right now the current wait time for all the NFA paperwork to get processed and the tax stamp to get issued is about 9 months. Since people consider the ability to get an abortion a right then why not make an application system and make a 9 month waiting period on that too.

The 1986 law stopping new machine guns from being added to the NFA registry is a de facto ban. Let’s go back to the First Amendment. Imagine the outrage if it was announced that even though the press is still free, no new people would be allowed to join the press, and only people who were members of the press before 1986 would still have that freedom.

The gun grabbers always point to a “grave threat” to the public if the NFA was to be repealed. They claim that there would be an explosion of violent crime if people would be able to get their hands on NFA items legally. When pressed on if they know that stats of violent crimes committed with legally owned NFA weapons you will get blank stares.

Lets first start off by looking at murders that have been committed using legally owned machine guns. There has only been two. Not two from last year, but two since 1934. One was in 1988 and the second was in 1991. Both of these murders were in Ohio. The first case of homicide was a dirty cop who killed off a police informant. You have a better chance of getting trampled to death by a crowd on Black Friday than getting murdered by a legally owned machine gun.

Another big bogeyman of the NFA is suppressors. Thanks to movies people think suppressors make a gun totally silent and is a favorite tool of criminals everywhere. Supporters of the NFA latch onto these misconceptions to try to scare the general public since there is no logical reason for suppressors to be on that list.

One thing that they won’t tell you is that there is 1.3 million suppressors in the United States, and only .003% were EVER used in a crime of any type. Suppressors are more likely to prevent injuries to people firing guns by decreasing the decibel levels of the guns then to be used to commit crimes.

Suppressors are a hearing safety device, but never let the facts get in the way of a good narrative.

The gun grabbers would like them to be, but the SCOTUS has already confirmed your rights as Americans to own handguns. This is just more smoke and mirrors that the supporters of the NFA like to roll out.

In the end we must fight to repeal this oppressive law and other laws like it. We know that the NFA is stupid and actually makes us less safe, but the general public does not understand this fact.

Now what we must do is convince others of the feebleness of the NFA. Don’t use rhetoric, but use the facts because in this case they are on our side. It is only through public education that we will be able to secure our rights.

John Crump is a NRA instructor and a constitutional activist. He’s the former CEO of Veritas Firearms, LLC and current co-host of The Patriot News Podcast. John has written extensively on the patriot movement including 3%’ers, Oath Keepers, and Militias. John lives in Northern Virginia with his wife and sons . He’s currently working on a book on the history of the patriot movement. Follow him on Twitter at @crumpyss or at www.crumpy.com.