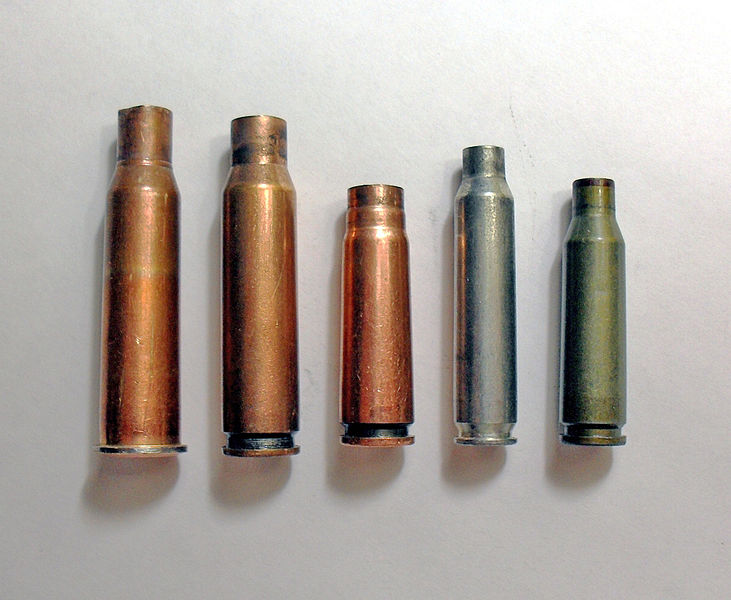 New Jersey –-(Ammoland.com)- The weekend of October 11-13, 2013 I attended the Family Research Council’s Values Voter Summit at the Omni Shoreham Hotel in Washington D.C. As I prepared to leave my home in New Jersey early that Friday morning, I began the process of cleaning out the car and loading up my packed bags. With my suitcase, garment bag, and laptop case safely secured, I reversed out of my driveway and began my three and a half hour journey to the nation’s capital. As I reached the end of my street, a thought suddenly popped into my head, causing me to pull into a nearby gas station. I turned off the ignition, and walked around to the trunk of the car. Lo and behold, my fear became a reality . . .

Tucked under my suitcase and laptop bag sat my target-shooting range bag.

When I opened the duffel bag, I found a number of harmless items: a staple gun, safety glasses, hearing protection, paper targets, and binoculars (among other general supplies). While my cursory glances seemed to satisfy my fears, I decided to dump the bag out just to make sure. The worries were justified.

Sitting on the backseat, along with the previously mentioned harmless supplies, were two items: an empty 9mm brass case and a spent .223 cartridge.

Most rational people would see this as a non-issue. Despite my active imagination, I still haven’t come up with how these two corroded, brass cylinders could pose an immediate threat to anyone. Nevertheless, if I was caught bringing these cases into the District of Columbia, I would be charged with the equivalent of a Class D Felony — a one-year minimum prison sentence, hefty fine, the forfeiture of my 2nd Amendment rights, disenfranchisement of my voting rights, an automatic disqualification for serving on a jury and enjoying 7th, and 8th Amendment rights, and not to mention wearing scarlet in every future job interview. Those are the unfortunate consequences associated with this law that doesn’t differentiate between the possession of reloading supplies like primers and brass cases and the possession of armor piercing incendiary ammunition.

Washington DC law defines “ammunition” in terms of its components (projectile, case, propellant, etc) but also includes the blanket definition of any “devices or materials designed, redesigned, or intended for use in a firearm or destructive device.”

This is obviously a huge problem not just when it comes to firearms, but many other political issues as well. Supposedly “common sense” bills are being drafted by people with minimal working experience with the issues they’re trying to address. Career academics can propose any number of economic reforms, but even the most celebrated Ph.Ds lack the experience and knowledge associated with running a small business. Lobbyists can certainly make moral arguments about current inequity towards people with preexisting conditions, but one can only imagine what Obamacare would look like if the medical professionals now threatened with bankruptcy had a say in drafting the legislation.

Others believe just the opposite, that oppressive legislation is drafted not by ignoramuses, but rather by savvy lobbyists in an attempt to fundamentally transform public policy. It could be argued, for example, that medical services bankruptcies are actually deliberate progress towards more socialized medicine, not just unforeseen side-effects.

The D.C. gun laws, as written, make potential felons out of law abiding citizens. I could walk out of Home Depot with a galvanized pipe and few would raise an eyebrow about my purchase. But a quick look at pictures of homemade pipe bombs and zip-guns, and all of a sudden my home plumbing purchase looks a lot more suspicious. An artist creating sculptures out of Pewter seems innocent enough, unless he or she creates a lead sphere, defined by the law as a “projectile.” The statute also takes lawful objects like rectangular boxes and a springs and shifts how the public perceives them. All of a sudden household items become components of ‘high capacity magazines.’

You can call me paranoid for stopping and double checking whether I had any spent brass in my bag. But realize this: possession of a cylindrical piece of brass or steel in the District of Columbia is a felony in the same class of crimes like incest, vehicular manslaughter, distribution of narcotics, aggravated assault, and even performing illegal medical procedures. While these crimes each describe committing an illegal act, D.C. gun laws preemptively punish people based on a capacity to commit crime.

I don’t mean any harm to anyone, and Washington’s gun laws didn’t make the city necessarily safer on my arrival. At the very least, it was an annoyance. At most, the law represents a violation of my liberty. As long as citizens look at these laws and believe the former over the latter, unconstitutional laws like this one will be much more common.

I’ll close with this. In 1804, former-Secretary of Treasury Alexander Hamilton made fun of Aaron Burr, the sitting Vice President, at a dinner party. When Hamilton refused to apologize, Burr shot him dead. In 1777, Lachlan McIntosh shot and killed Button Gwinnet, a signer of the Declaration of Independence, because he called him a “scoundrel and lying rascal.” Today, possession of a lead ball alone in the nation’s capital is a felony. Not that I promote the legalization of duels…I don’t. Just remember that while Washington D.C. outlaws ammunition components today, back in the day our country’s founders, politicians, and cabinet members regularly shot one another over common insults and disputes. Let that sink in.