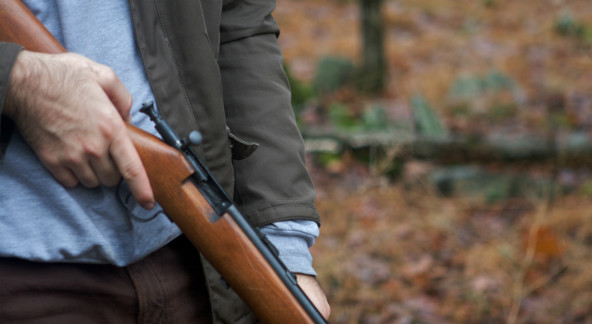 “As a gun owner, I’m perfectly comfortable with the notion of sensible gun control,” Lawson Clarke writes at cognoscenti.wbur.org, “In the stark light of recent tragedies, I’d say the process of acquiring my first firearm in Massachusetts was exactly as difficult as it needed to be.” Mr. Clarke is a member of the genus “Fudd”: an anti-gun rights gun owner (named after the hapless hunter Elmer Fudd). The Hill Holiday advertising creative director goes to great lengths to tell the world – well, public radio – that he’s OK with a regulatory process that would have Democrats howling with righteous indignation if even half of it applied to, say, voting rights. Here are his beloved hurdles . . .

STEP 1: I enrolled in a four-hour firearms safety course registered with the state.

STEP 2: I joined a properly licensed gun club to demonstrate I was merely interested in hunting and recreational shooting. While this was by no means mandatory, it was encouraged by my local police department.

STEP 3: I then visited my local police station where I presented my application for a license to carry, my firearm safety certificate and a letter from my gun club stating my membership was in good standing.

STEP 5: I sat through a face-to-face interview with a police officer and submitted to a preliminary background check.

STEP 7: I made an appointment at the police firing range on Moon Island in Boston Harbor to demonstrate my proficiency with a firearm in front of a state trooper.

STEP 8: I waited approximately 30 days for my license to be approved.

STEP 9: My class A license to carry arrived in the mail.

STEP 10: I visit a nearby gun store, which by law is registered with the Bureau of Alcohol, Tobacco and Firearms as well as the Massachusetts Firearms Records Bureau. After presenting my license to the clerk, I was then allowed to browse the store’s inventory.

STEP 11: I selected my very fist firearm: a 30/30 Winchester Model 94, a tried and true staple of New England deer hunting.

STEP 12: While in the store I submitted to yet another background check, this time over the phone with the FBI.

STEP 14: I returned to the store and picked up my Winchester 30/30, effectively adding my name to the list of over 250,000 legal gun owners in Massachusetts.

The gun in the photo accompanying the article [above] is not a Winchester 30-30. It’s a bolt-action somethingorother, strategically chosen because it’s the least “fearsome” firearm for pearl-clutching WBUR-listening antis.

I’d like it to be known that a Winchester Model 94 [above] fires armor piercing bullets! It can loose eight rounds fasterthanthis. So what we have here is an “assault rifle.” One can easily imagine a day when Massachusetts burghers add STEP 15 . . .

Can you connect those dots Mr. Lawson? No, I suppose you can’t. Or won’t. Same diff.