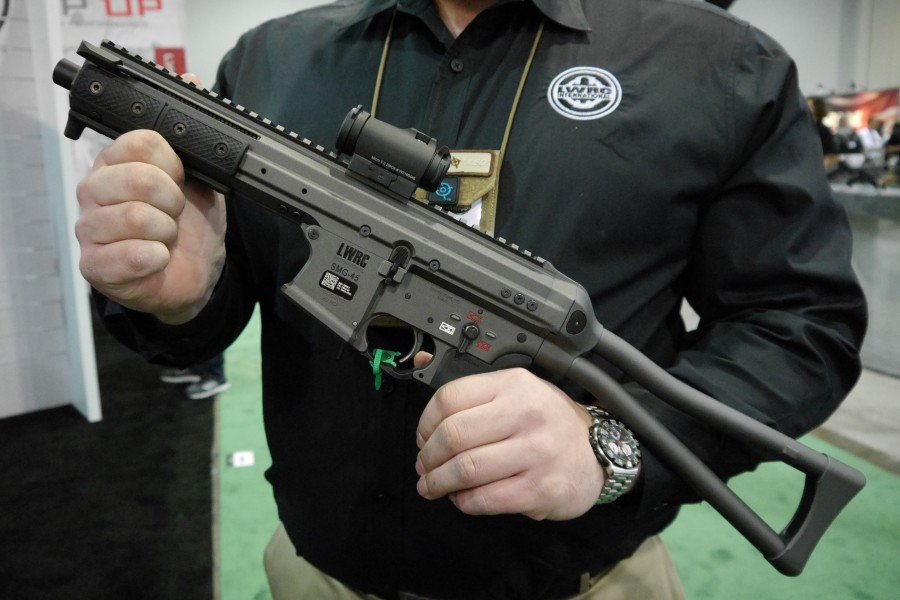 Everyone and their brother is making an MP5 replacement these days. SIG SAUER has the MPX, AAC has the Honey Badger, and now LWRC is throwing their own special sauce onto something they are calling the SMG-45. The compact submachine gun uses almost 100% ambidextrous controls (the non-reciprocating charging handle is still left side only for now), existing UMP magazines, and a nifty piston delayed operating system to cycle the gun. There’s also a folding stock to make it even more compact. As for civilian availability . . . This thing wasn’t even supposed to be here — an errant Instagram photo leaked the gun’s existence to the world, and so LWRC has decided to just bring the thing along rather than get a billion questions about it. The gun we see here went from a prototype to a firing gun in less than 3 months, but there’s still a long road ahead.

Military availability shortly, civilian semi-auto version as soon as they have a free second to themselves. So, probably a few years.