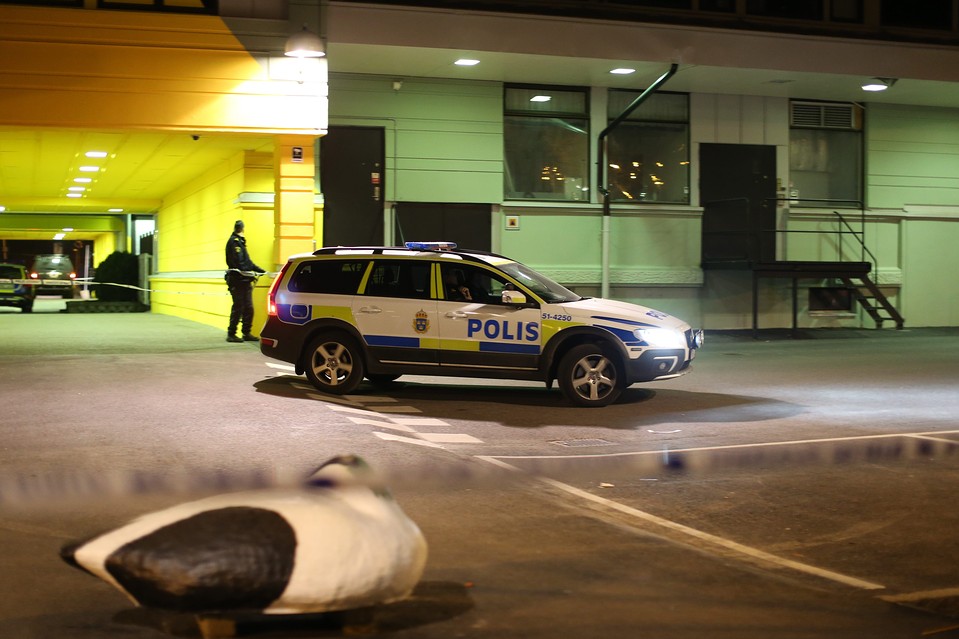 The Wall Street Journal reports that two people were killed and about a dozen were injured after men with automatic weapons attacked the Var Krog och Bar (“our tavern and bar”) restaurant in suburban Göteborg, Sweden on Wednesday. Police reportedly suspected that the attack was due to conflict between rival criminal gangs . . .

“Our assessment is that this incident has to do with ongoing gang conflicts in Göteborg,” regional police chief Klas Friberg said. Police had earlier the estimated the total number of injured as 10-15, but Mr. Friberg said the estimates were uncertain.

Police said the victims were two men in their 20s, but didn’t identify them. Eight wounded people were taken to the hospital, one of them with life-threatening injuries, Mr. Friberg said, adding that other people had sought hospital treatment on their own for cuts and other injuries….

Witnesses told Swedish media that the gunmen were wearing masks when they entered the restaurant in the Biskopsgarden suburb late Wednesday. One unidentified restaurant worker told Swedish newspaper Aftonbladet that they shot people in the head.

Sweden’s homicide rate has been steady in the past decade but police say there have been more shooting incidents in the major cities as part of turf wars between rival gangs.

In 2013, there were 87 homicides reported in Sweden, about one-quarter of them in the greater Göteborg area, according to the Swedish National Council for Crime Prevention.

“We have a serious situation in Göteborg where many people have been murdered,” Mr. Friberg said. “We have different types of criminal gangs who…are ready to use aggravated violence in retribution attacks or to win market share.”

On Jan. 30 a man was wounded in a shooting on the square outside the restaurant. It wasn’t immediately clear whether the shootings were linked.

Wikipedia tells us that in Sweden, a license obtained from the police is apparently required to own or possess any type of firearm. Further, concealed carry of a firearm is generally illegal for non-law enforcement civilians, being limited to civilian law enforcement and “specially trained security officers”.

It seems that against all odds, these laws failed to stop the perpetrators in this particular case. Clearly more laws are needed to prevent this kind of senseless gun violence in the future.