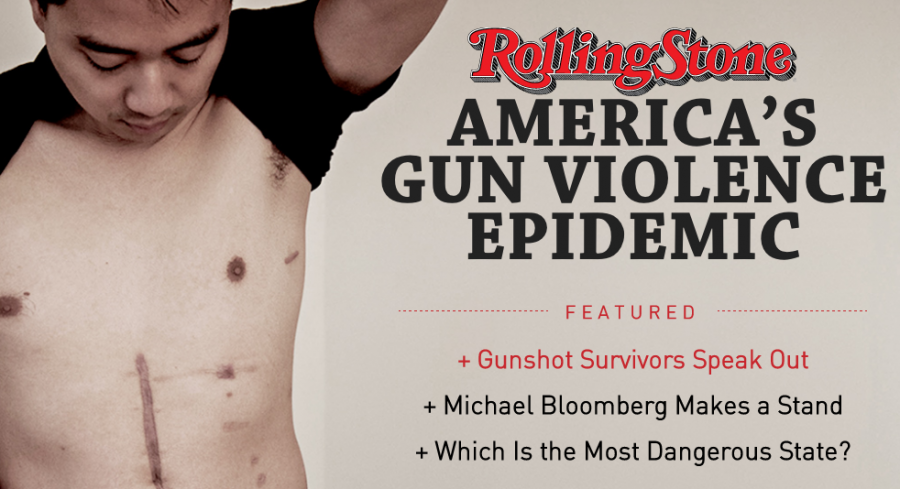 Rolling Stone is attacking Americans’ gun rights like never before. We’ve seen The Five Most Dangerous Guns In America, an epic Larry Pratt hit piece and How to Beat the NRA In 7 (Not-So-Easy) Steps. If that’s not enough – and it really is – RS also serves-up an interactive America’s Gun Violence Epidemic page. (The publication offers one pro-gun piece, Confessions of a Liberal Gun Lover.) Needless to say, the anti-gun articles are riddled with misinformation, mischaracterization and misdirection. So what’s a gun guy to do? You could write a stern email to Jan Wenner or post a comment underneath the articles in quesiton, but that’s bound to be as effective as, well, gun control. So here are three things you can do to make Rolling Stone – or any other pro-gun control media outlet – eat their words . . .

Talk about win-win: you get a gun and the gun industry gets your money. And no one looks after the interests of gun owners with quite so much oomph as the gun industry. It is, after all, in their best interests to do so. Yes, yes, I know: Bill Ruger sold us out back in the day, as did Smith & Wesson. But today both companies pour millions into the NRA, along with GLOCK, Crimson Trace, Midway and dozens of other gun, ammo and gear makers.

Just as profound: the gun industry’s economic impact on local communities. Yes, yes, I know: anti-gunner extraordinaire Senator Chuck Schumer is the politician representing Illion, New York, home to Remington’s biggest factory. But Remington is withdrawing – slowly, finally – and plenty of other pols with gun industry jobs in their patch know upon which side their bread it buttered.

Besides, the more guns that are out there, the harder it is for the gun grabbers to grab them – regardless of the anti-gun media’s mindless appeals to gun muggles’ fear and ignorance. Speaking of which . . .

2. Take a newbie to the range

As galling as their anti-pistol polemics are, and they most certainly are, Rolling Stone and its ilk aren’t going to convince firearms fence-sitters to join the enemies of Americans’ natural, civil and Constitutionally protected right to keep and bear arms. They are – as we are – preaching to the converted. To mess with the antis’ media-driven agenda, to beat them at a different game, think outside the net. Give a newbie a real-world taste of firearms freedom.

As the Zen expression asserts, “the map isn’t the territory.” In other words, no words on a page will have as much impact on a newbie’s view about guns as . . . guns. Once you put a gun in their hands, once they fire a firearm or two, their thinking changes. Maybe guns aren’t evil in and of themselves. May I should have one. And if I should have one why should I deny someone else the same right?

I’m not saying that every newbie’s close encounter of the ballistic kind will be a come to Jesus moment (assuming as I do that Jesus would support the right to armed self-defense). But they will never read anti-gun agitprop in quite the same way. You could almost say that range time inoculates people against pro-gun control media bias.

TTAG can’t ignore the antis’ attacks. It’s our job to keep you informed on the strategies and tactics gun control advocates and their media lackeys use to erode your gun rights. We have to read this stuff and parse it, day-in, day-out. You can simply ignore it. Every copy of Rolling Stone you don’t buy, every click-through you don’t give them, makes them less relevant. And profitable. And you may want to ignore Outside, Men’s Journal and US Weekly, too.

It’s easy to get angry at Rolling Stone and other publications that promote civilian disarmament. And so you should. But remember: by thy deeds thy shall be known. What you think is important, but it’s what you do that really matters. Buy a gun, take a newbie to the range and keep your powder dry. Oh and for God’s sake, vote your guns. That’ll learn ’em!