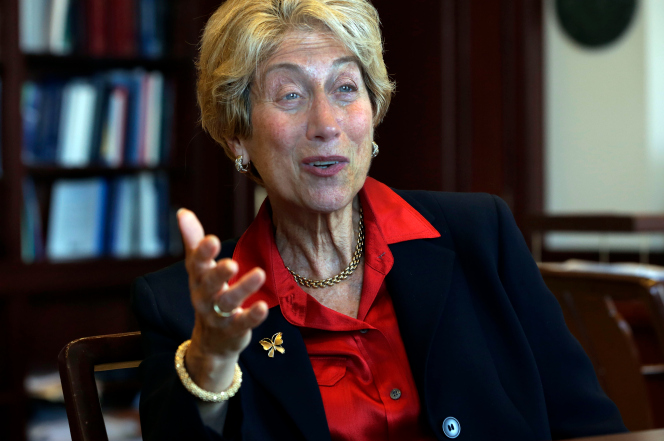 In a recent New York Times opinion piece by Nicholas Kristoff titled On Guns, We Are Not Even Trying, the author bemoans how the nation has yet to pass gun control proposals such as “universal background checks” or closing the “gun show loophole.” The author implies that the National Rifle Association and all that are in its thrall are resisting such measures and are therefore supporting villains in these mass murders, past and present. Is he aware that the Left also opposes sensible gun control measures and have successfully sued to have them curtailed? . . .

Consider this article in The Atlantic, Is Stop-And-Frisk Worth It? by Daniel Bergner. It follows Newark police as they patrol a neighborhood. The author witnesses a number of encounters in which an officer stops and frisks citizens who, in his professional judgement, might be up to no good. Often the cops are approaching a person for drinking in public, hanging around or someone who is a known miscreant. Law enforcement officers know this to be a Terry Stop where a cop who is interviewing a person may, at his or her discretion, frisk a person for weapons for the officer’s own safety. While Terry v. Ohio legitimized the frisk, allowed any additional contraband found in a safety frisk – such as a bag of dope – to be admitted as evidence.

In 2013, Judge Shira Scheindlin crippled the stop-and-frisk ruling that the practice was unconstitutional. From the article:

“Has stop-and-frisk brought any benefits? Scheindlin did not consider this question in her courtroom. In fact, she scolded the NYPD for raising it. Her job was to determine the constitutionality—not the efficacy—of policy and actions, and she sent a loud message, heard around the country, that the department’s strategy fell on the wrong side of the law. Yet the answer to the question—which civil-rights advocates don’t much like to hear—is probably yes.”

Many law enforcement agencies have, in good faith, said that stop-and-frisk has been an important part of reducing violent crime and getting guns off the streets. Nevertheless, to those who brought the suit and to Judge Scheindlin, that did not matter. Stop-and-frisk, no matter what the social utility might be, had to end because it was an unconstitutional intrusion by the state into the constitutional rights of those who were being stopped and frisked.

Pretty much every gun that was confiscated by the NYPD during the stop-and-frisk era was an illegal one, as it is nearly impossible in New York to legally carry a gun. The neighborhoods where stop-and-frisk was most heavily employed were rough neighborhoods where shootings are most frequent. Even so, the “if it saves one child” rule was explicitly rejected by the judge and the plaintiffs who brought the suit.

The objections that the NRA raise to most of the proposed gun control measures – that they are intrusive, that they violate the rights of law abiding citizens – are the same as those raised by the plaintiffs who successfully curbed stop-and-frisk. Unlike the Center for Constitutional Rights and others who supported this lawsuit, the NRA is vilified by the press and by politicians.

One’s throat can wither into a prune if you cried “hypocrite” every time the Left engaged in hypocrisy. Still, would it be fair to ask why the Left opposes gun control when it’s poor and minorities who will be the victims of guns left on the street, but demand it when the victims are prosperous and white?