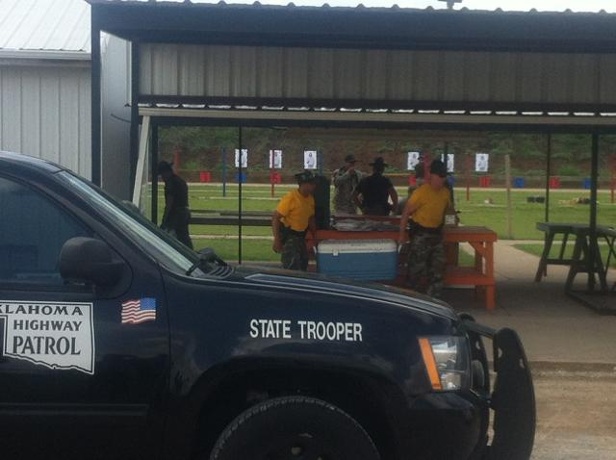 “The Oklahoma Highway Patrol report two of their own were shot,” koco.com reports. “OHP says the accident happened during a training exercise. It’s suspected a handgun malfunctioned.” It’s suspected by whom? On the face of it, that sounds like a cover-up. Provided we’re not talking about a gun that blows up – and we’re not – if a handgun actually does “malfunction”, what harm can it do if it was pointed in a safe direction? None. “OHP cadets were on the gun range at the time of the shooting taking part in the Highway Patrol Academy . . .

The report came in around 3:45 p.m. A trooper (who is a firearms instructor) and a cadet (a trooper in training) were both hit. One was hit in the hand, the other hit in the leg. It’s believed a single shot went through both the cadet and trooper. Investigators do not yet know if the gun in question belonged to the cadet or trooper’s gun.

The gun belonged to the gun? Seriously though, stop lying guys. It just alienates you from your employers.