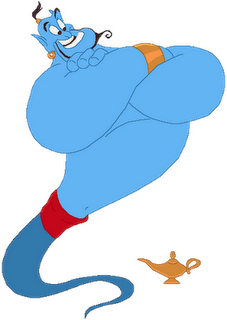 I’m not a lawyer, nor do I play one on TV. I’ve not stayed recently at a Holiday Inn Express. Yet I fancy myself intelligent enough to believe that I can tell a good idea from a bad one, and determine if I’m/we’re about to get played. Of course confidence men, swindlers and politicians have a name for such people. Call them “marks,” “victims,” or “constituents,” the result is all the same. And they rarely kiss you first. Which is why the latest missive from Dudley Brown of the National Association for Gun Rights gave me pause, and frankly set my Spidey sense a-tinglin’.

You wouldn’t believe the amount of crap I get in my inbox. I subscribe to a LOT of email newsletters, from gun rights groups, lobbyists, and the like. I read ’em so you don’t have to. Frankly, a lot of what I read falls into the category of “Chicken Little-isms,” where people cry the equivalent of “the sky is falling” in order to beg for cash. I find those emails simultaneously unhelpful to the cause of the preservation of our Second Amendment rights, and downright disingenuous and boring. Particularly galling is to get one that cites a story that’s two or three years old as if it just happened. I’ve learned – the hard way – to fact-check EVERYthing I get from these email sources.

I take issue with a lot of the emails I get from the National Association for Gun Rights. I like their goals. Not so much about their methods. But every now and then, there’s a kernel of wheat in amongst the chaff.

The call to arms/plea for funds du jour from the NAFGR (sometimes I wonder if their acronym wouldn’t be more accurate if it spelled out “NAGYOU” or something like it), mentions some well-meaning, but in my opinion very misguided pro-gunners are working to pass a bill that could turn into a Trojan Horse for more gun control.

Frankly, I skim most of the NAFGR emails, and assign them to the electronic version of a circular file, if you know what I mean. But this one, for some reason, grabbed my attention long enough to read the whole thing. (Well, right up until the point where Dudley started begging for Benjamins.)

The “National Reciprocity Act” is supposed to force any state that authorizes conceal carry to reciprocate with permits issued by other states, much like every state in the union recognizes your state-issued driver’s license, regardless of the issuing state. Great idea. But the road to Hell is paved with not just good intentions, but great ideas. It’s that Law of Unintended Consequences that is a stone cold beeyatch.

Dudley’s point is that the bill has a couple of serious flaws:

Hmm. Those are some interesting points. Let’s see. What Federal agency would likely be given the authority to implement such a law, once it goes on the books…um…have to be an agency charged with regulating guns…one that deals with gun registrations…oh, wait. I know. The Department of Alcohol, Tobacco and Firearms.

Yessir, Mr. John Q. Gunowner, I’ve got good news and I’ve got bad news. The good news? Your concealed handgun permit will be recognized by virtually every state in the Union. The bad news? The ATF is in charge of the program.

Now there’s no reason that the law couldn’t be amended, rewritten, or otherwise fixed (as in corrected) by insuring that, say the FBI is in charge of overseeing the law. I know, that’s only a minor step in the right direction. It’s like commuting a death sentence to having your arms chopped off. Have a nice day, now, y’hear? But how much do you know about how laws are made?

Remember, Jefferson himself advised that the two things you never wanted to see made are laws and sausages. Of the two, the harder one to stomach is watching laws get made. All it takes is one evil/mischievous/determined Congressional aide that slips something into the final version of the bill, and Voilá! We have verbiage that completely controverts the spirit and intent of the law.

Think that never happens? Talk to someone that’s worked on the Hill sometime. Make your hair curl, and if you have no hair, it will make it grow, curl, and then fall out again. Our pal Dudley calls this the “National CCW Registration Act.” I’m not sure he’s that far off the mark.

Here’s the deal. I’m not one to assume I’m gonna see gun grabbers under the bed every night, just waiting for their opportunity to grab my guns. But trusting in that bunch of over-paid, under-worked jackanapes we call Congress to NOT screw this up seems to me like giving them waaaay more credit than they deserve. But I’m not sure just what the solution is.

I’m sure that Chris Cox and his crack team of lobsters working the NRA-IRA wing are on top of this, but I’ve seen them back some really stupid legislation before, too. I’m really not eager to trust anybody and their motives, or take them at face value, when it comes to the potential to frittering away my hard-fought Second Amendment rights.

I need you to call House Judiciary Committee Chairman Lamar Smith at (202)225-4236 and make clear that you want to keep the government’s hands off your permit and that you oppose federal intrusion into the concealed weapons permit process.

So what is the right answer? I think Joe Bob Briggs, the Drive-In Movie Theater Critic of Grapevine, Texas may have put it best, when he said “Without eternal vigilance, it can happen here.” If we’re going to take our freedoms for granted, we’ll soon be wondering where they went. Stay informed. Stay alert. (The world needs more lerts.) And keep in contact with your Representative and Senators. The rights you save may be your own.