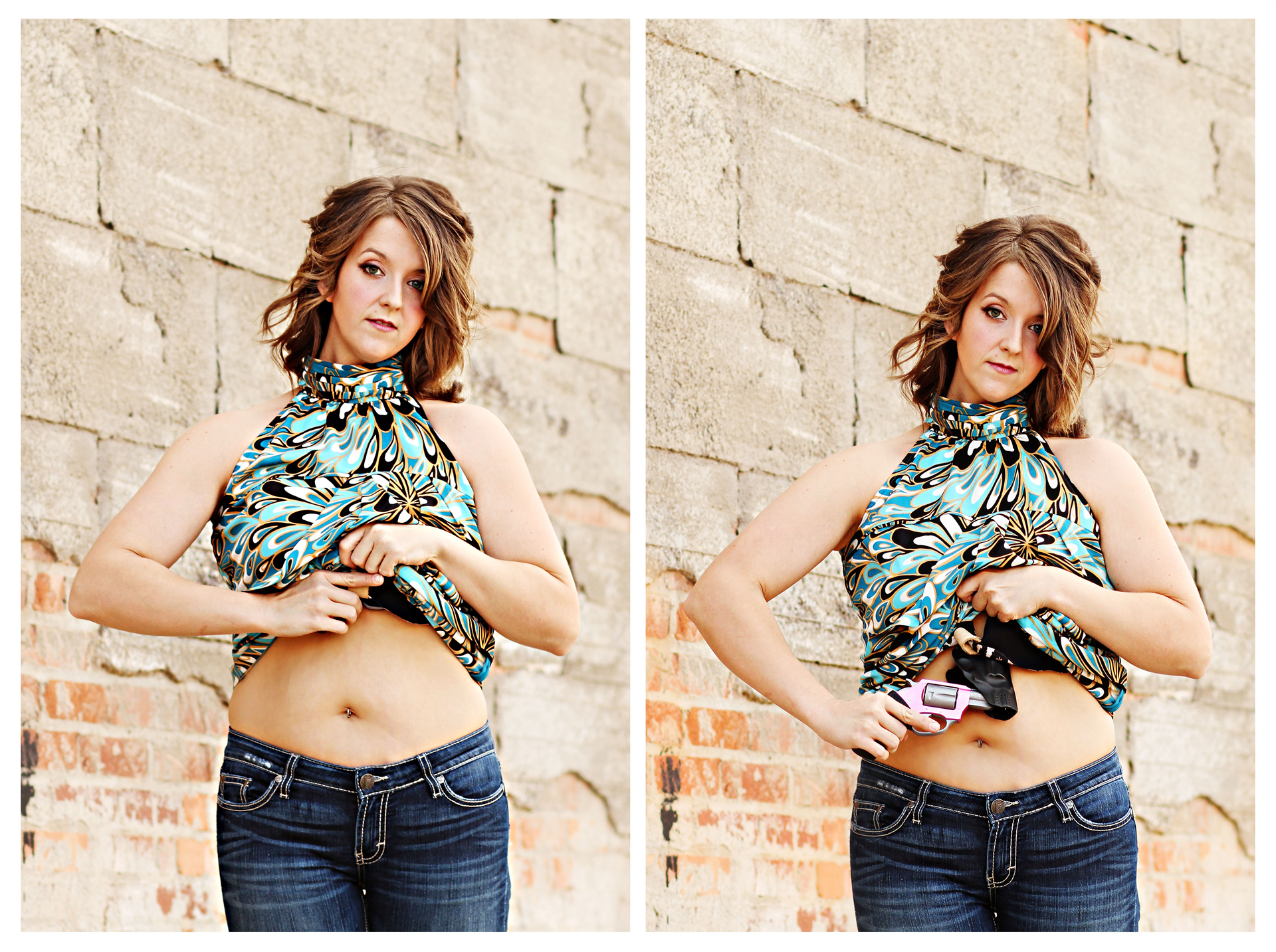 It’s been a bad few weeks for women’s carry options. First there was the much-publicized shooting of a mother by her toddler when the tyke pulled her pistol from her purse (which was designed to hold a firearm). Now comes news of a Michigan woman who encountered a problem with an on-body carry option. As mlive.com reports, “A woman who accidentally shot herself in the eye on New Years Day at her Lake Michigan home was adjusting the handgun in her bra holster, police say” . . .

“(Christina Bond) was having trouble adjusting her bra holster, couldn’t get it to fit the way she wanted it to. She was looking down at it and accidentally discharged the weapon,” said St. Joseph Public Safety Director Mark Clapp.

We don’t know the brand of the rig Ms. Bond was using, but as Limatunes notes in the video above, the makers of the FlashBang bra holster advise users to holster their gun in the clamshell before attaching it to their unmentionables. Following her advice and practicing with a blue (or at least and empty) gun would seem to be time well spent.

It’s hard to imagine a scenario in which a user of a bra-mounted holster could contort themselves in such a way as to look down the barrel of their own heater, but happen it did. Apparently.

There’s a reason the four rules reign supreme. They work every time they’re followed. Ignore them at your peril.