It’s the same thing every time. A five-time deported illegal alien felon murders a woman in San Francisco – using a federal agent’s gun, no less – and Nancy Pelosi figures that’s as good an excuse as any to push for more gun control laws. In fact, the way she sees it, Congress has a “moral responsibility” to act. And she isn’t talking about “doing something” about accommodating sanctuary cities or irresponsible feds who can’t manage to hold onto their pistols. Then the FBI admits that Dylann Roof got his gun because of a bureaucratic screw-up by the basement-dwelling NICS trolls and Michael Bloomberg’s Everytown for Gun Safety blames…you got it…the NRA. It’s all their fault. Here’s their latest email blast . . .

We already knew that the Charleston shooter bought himself the gun he used to kill nine people in a horrific act of terror last month.

But the FBI just announced yesterday that he didn’t pass his background check — and should never been able to get that gun.

He was flagged by the FBI for further investigation, but because of an NRA-backed loophole in the law, the gun dealer was allowed to make the sale after three days passed — even though the check was incomplete.

The Charleston shooter got his gun because the clock ran out on his background check, just like thousands of other dangerous people every year.

Tell Congress to close this deadly loophole NOW. Click here to automatically sign the petition.Dangerous people like the Charleston shooter should not be allowed to purchase guns when their background check is incomplete. 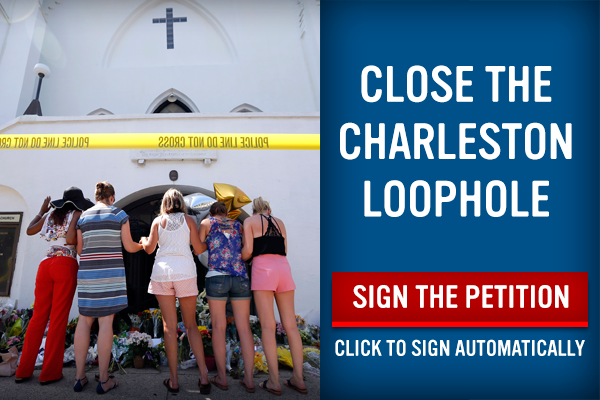 FBI data shows this loophole has allowed more than 15,000 prohibited people to buy guns in the past five years. It’s a deadly flaw that the gun lobby has fought to protect.

Several states have laws requiring that sales may not go forward even after the three-day period has elapsed, but only Congress has the power to take action at the federal level.

When lives are at stake, we shouldn’t take shortcuts. Completed background checks have blocked more than two million sales to dangerous people and saved countless lives. Every gun sale should be backed by a verified clean record.

Let’s make sure Congress feels the pressure on this issue.